Saudi Arabia announces lifting of ban on travel for citizens 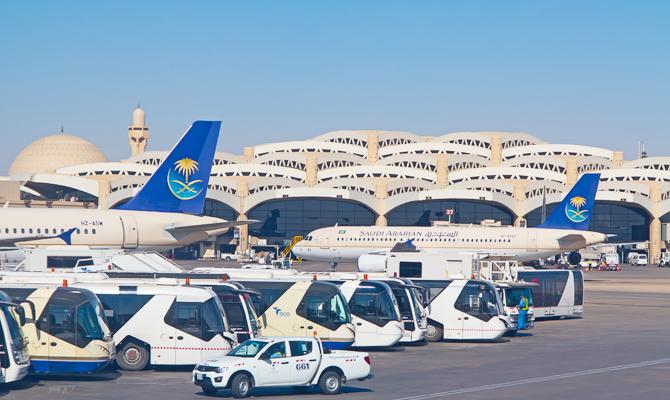 Muscat: The Kingdom of Saudi Arabia (KSA) has announced that the suspension of travel for Saudi citizens will be lifted and the full opening of land, sea and airports, starting from  May 17, 2021.

A statement issued online by the Saudi Press Agency (SPA), said: “An official source at the Ministry of Interior said that following the statement issued on January 29, 2021, regarding the date of lifting the suspension of travel for citizens, and the full opening of land, sea, and airports, starting from Monday 1:00 Am, May 17, 2021, it has been decided that the lifting of the suspension of citizens' travel outside the Kingdom of Saudi Arabia will go into effect as of 1:00 am on Monday, May 17, 2021, for the following categories:

First: Immunised citizens who received two full doses of the (COVID-19) vaccine, as well as those who received one dose, provided that 14 days have passed since they were vaccinated with the first dose, and as confirmed by the data displayed on Tawakkalna App.

Second: Citizens who have recovered from the Coronavirus, provided that it has been less than 6 months since they were infected, and as confirmed by the data displayed on Tawakkalna App.

Third: Citizens under the age of 18 years, provided that they submit an insurance policy before travel approved by the Saudi Central Bank, covering the risks of (COVID-19) outside the Kingdom of Saudi Arabia, and according to the instructions announced by the relevant authorities. This category will be subjected to home quarantine after returning to the Kingdom of Saudi Arabia for a period of (7) days, provided that a PCR test is taken at the end of the quarantine period, while persons under the age of 8 years are exempt from the PCR test. and this category is subject to amendment according to the instructions of the Ministry of Health.

The official source stressed the need for everyone to adhere to the precautionary and preventive measures, and not to be complacent in applying health requirements, such as social distancing, wearing a mask, and continuously disinfecting hands.

The source added that all precautionary and preventive measures related to travel are subject to continuous evaluation by the Public Health Authority (Weqaya), and according to the developments of the pandemic.

The source urged travellers to observe all procedures and restrictions imposed by other countries, in order to avoid any difficulties they may face, and the need to take caution when traveling to high-risk countries, where the disease is spreading at a high rate, according to what is announced periodically by the competent authorities.