Expat remittances being probed by Manpower Ministry in Oman 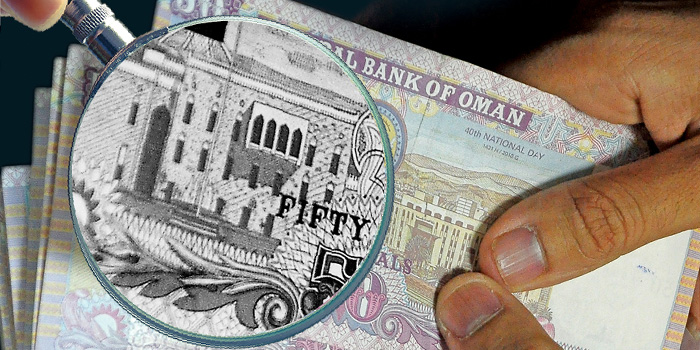 Muscat: A new wages database will monitor and stamp out “black market” money leaving Oman, according to the manpower minister. The project will keep tabs on how much a worker earns every month compared to how much they send back to their home countries. In some cases, workers are sending home far higher amounts each month than they are legally entitled to earn, according to one Shura Council member.
Cross-border remittance of money earned in the black market is harming Oman’s economy, according to a Shura member.
“The huge amount of money spent on overseas remittance is negatively affecting the Sultanate,” Nasser Al Khamisi said. “Why is remittance more than the workers’ salaries?” he asked the minister in a shura session on Monday.
Quoting sources, Al Khamisi said that around OMR4 billion is the annual remittance in Oman.
“They are wasted investment opportunities for Oman. It absorbs the country’s wealth as it makes a big chunk of the Oman budget,” the Shura member said, describing overseas remittance as “hidden cancer to the economy.”
Also read: Minister of Manpower backs 2-year visa ban in Oman
“The Ministry of Manpower and the Central Bank of Oman launched a wage protection project where the government can overview all the salaries of expatriate and nationals,” Sheikh Abdullah bin Nasser Al Bakri, Minister of Manpower said, adding, “we don’t provide labour recruitment services for a company until it provides its bank statement. This project is a priority.”
Minister Al Bakri added: “This is an important issue which is linked to the black market. We have been studying the topic for years and then we reviewed a sisterly country’s experience and created a committee in cooperation with the Central Bank of Oman (CBO).
“We have been implementing the project in cooperation with (CBO) from 2015, 2016 and we saw a big response from first group of companies - around 60 to 70 per cent. We got a poor response from the second group like SMEs,” he said.
“Total companies which gave bank statements and salary reports to the manpower and CBO cover around 700,000 workers,” the minister stated, adding that only 30 to 40 per cent of SMEs cooperated with the ministry.
There were 1,845,384 expatriate workers recorded in Oman by November 2016, according to the National Centre for Statistics and Information, the majority of them working in the private sector.
Read: Two-year visa ban hurting many expats in Oman, says Trade unionist
Statistics show that Bangladeshis are the biggest expat labour community in Oman, accounting for 694,499 followed by Indians with 691,775.
Al Khamisi blamed some rules in contributing to the high remittance.
“Expats with less than OMR600 salary should be allowed to bring their families into the country. Families need to use transportation, schools hospitals and other services which will ultimately reduce remittance and generate revenue to the country in addition to providing jobs for Omanis,” he said.
“Taxing remittance is a good idea but it is not enough to curb black market trades. We need a real monitoring on workers who send more money to their countries than what they allegedly earn from their salaries. Reports show that shopkeepers and farmers send more than OMR1,000 in remittance per month.
Madhusoodanan R, general manager at Global Money Exchange House, said that they follow Know Your Customer (KYC) global norms for all money transfers. “We strictly keep a tab on transactions made by our clients. So far, we have not come across anything suspicious so far in transactions. 99 per cent of our customers are workers who remit on monthly basis. We know where they work, how much they earn and remit,” the general manager added.
“Moreover, if somebody is remitting more than OMR5,000, we ask for documents like money withdrawal slips. Now, expatriates on investor status sending huge amounts of money is via bank cheque,” the general manager said.