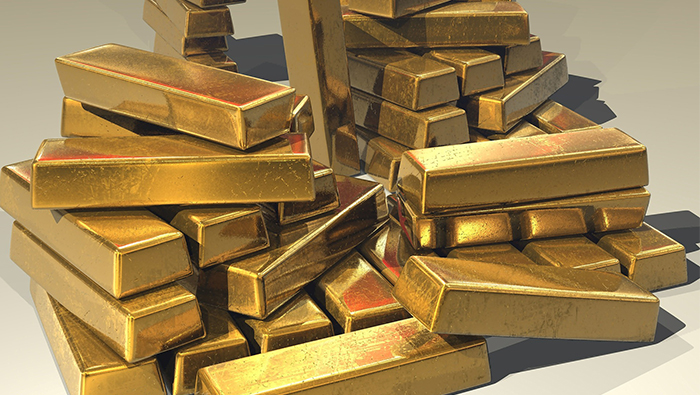 While Q1’s overall global gold demand, at 815.7 tonnes (t), was on par with the preceding quarter, there was a significant (23per cent)drop year-on-year, as gold-backed ETFs saw 177.9t of outflows.

However, the effect of this drop in ETF demand was mitigated by the strength of bar and coin demand. Such retail gold purchases reached 339.5t (+36 per cent year-on-year), influenced by price-driven ‘bargain-hunting' and widespread concern over growing inflationary pressures.

Furthermore, the value of gold jewellery purchased by consumers enjoyed a post-Covid rebound, rising to 477.4t- a 52 per cent annual increase. This marked a strong improvement from an extremely weak Q1 2020.

The increase in consumer demand was buoyed by the decline in the gold price from the record highs seen in August 2020. There was a 10 per cent decrease in the gold price over the course of Q1 which, paired with the global economic recovery, boosted the pro-cyclical elements of gold demand.

Q1 also saw continued healthy levels of net buying by central banks: global official gold reserves grew by 95.5t, 23per cent lower y-o-y but 20 per cent higher q-o-q. Hungary’s large purchase (+63t) bolstered Q1 buying, and more than matched Turkey’s substantial sale. Demand for gold for use in technology was 11 per cent annually in Q1 compared to the same quarter the preceding year, as consumer confidence continued to recover. This technology demand of 81.1t was just above the five-year quarterly average of 80.9t.

Louise Street, Senior Markets Analyst at the World Gold Council, commented, “As countries around the world continue their recoveries, economies have started to cautiously re-open. This led to an encouraging return in consumer confidence in Q1, as illustrated by the stellar rise in gold jewellery demand. Conversely, having seen investors take shelter in gold from the initial impacts of COVID-19, Q1 2021 saw a sell-off in the gold price as confidence in economic recovery grew and US interest rates rose sharply.

“Despite this, gold retains its relevance in well-balanced portfolios, especially with a risk of inflation looming. Looking ahead to the rest of the year, we see reasons to be optimistic about the gold market as its main drivers remain well supported.”