How Clinton can demolish Trump 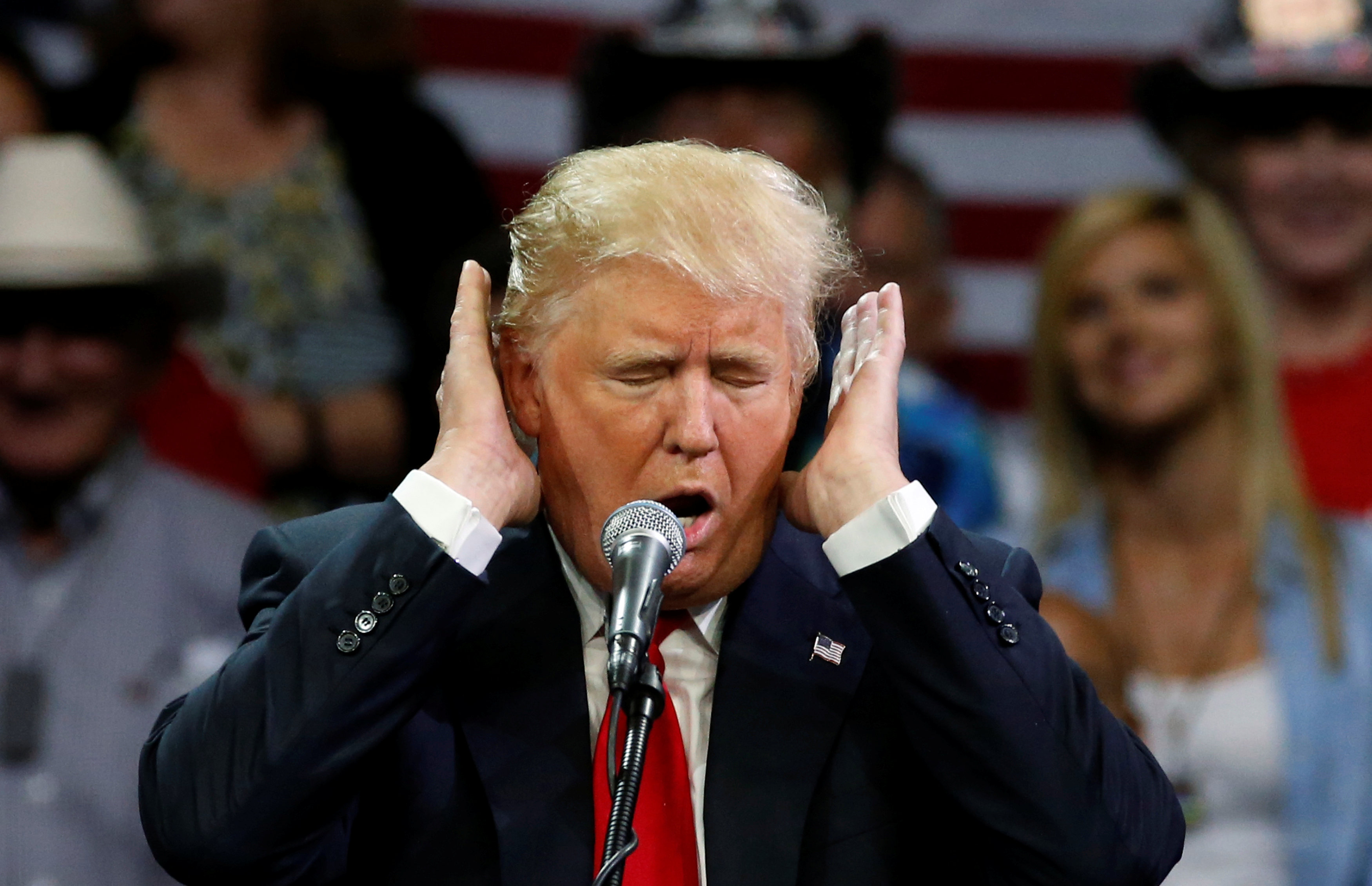 Each party is on track to nominate the only candidate who could possibly lose the election to the other. In the latest Washington Post-ABC poll, a sizable majority of Americans considered Donald Trump unqualified to be president. But Hillary Clinton is so unpopular that they still preferred Trump to her.
Anxious Democrats are wondering just how they should take him down. There are many possible lines of attack -- but many of them come with drawbacks.
It might be tempting, for example, to portray Trump as a misogynist. But some liberals worry that doing so will compound Clinton’s deficit among men. Democratic strategist David Axelrod suggests that Clinton stay away from this criticism because it’s unnecessary: “I think the behaviour that would drive women to react negatively to him is pretty evident, and you don’t need to make that the focus of your campaign.”
Clinton could attack Trump instead as a con man and a fraud. But the message may not be effective coming from her. Most voters don’t think she’s honest either, and think she too is looking out primarily for herself. Besides, she doesn’t need to gain support from people who are being fooled by Trump; she needs to win over people who dislike him but dislike her too.
Trump’s business record might not end up being as much of a liability for him as Mitt Romney’s was in 2012. Democrats said that he had made a fortune by laying people off. While this was not exactly true, Romney never offered a simple explanation of the basis of his business to most Americans. Trump has: He builds things -- creating jobs in the process --and then slaps his name on it. The creditors and customers he has stiffed might tell you the truth is more complicated than that, but it puts him in a good initial position.
Democrats will be strongly tempted to attack Trump as a far-right extremist. He has taken positions that lend themselves to this criticism: He said women should be punished for certain medilcal procedures, has a tax plan that would slash taxes for rich people, and now opposes a ban on assault weapons. Attacking him this way would help Clinton win over supporters of Bernie Sanders. It’s a kind of campaign Democrats are familiar with running and to which Clinton would be able to bring real passion. (People may doubt her authenticity, but they know her hatred of what she labeled “the vast right-wing conspiracy” is genuine.)
But Trump is obviously not a conventional conservative, and wears all of his positions lightly. So a conventional left vs. right campaign might not clinch the case for Clinton.
Her most powerful message against Trump might be a non-ideological one: His lack of knowledge, seriousness and impulse control make him too dangerous to put in the presidency.
That strategy would have room for many specific criticisms of him that fit within the overall message of his unfitness. Instead of presenting his $11 trillion tax cut as a typical right-wing scheme, for example, she could tie it together with his speculation about defaulting on the debt and suggest that he is far more reckless than normal conservatives. (His encouragement of other countries to get nuclear weapons also illustrates this point.) And she would have to outsource some potential attacks to others. Calling Trump a “fascist,” for example, would make her rather than him look wild-eyed.
Clinton would be presenting herself as the candidate of safety. This strategy has its dangers, too. One is that people will decide, as Trump campaign manager Paul Manafort says, that he “can fill the chair.” Another is that Clinton would also become the candidate of the status quo at a time most Americans are dissatisfied with it. But this might be a risk worth taking. Henry Olsen, a conservative election analyst at the Ethics and Public Policy Center, says: “She needs to be the candidate for the person who is not irretrievably committed to blowing up the system. And I don’t think there’s a majority of those people.” The fact that the incumbent president has a 51 per cent approval rating in the same Washington Post-ABC poll that has Trump slightly ahead suggests that Olsen is right.
Americans already think she is qualified to be president and he isn’t. The path should thus be open for her to get them to follow the implications of that thought. “I really think this is a race about temperament,” says Axelrod. “If I were a strategist on the other side of him, that would be the thing that I would work hard.”
My guess is that Clinton and her advisers will reach the same conclusion, and make Trump’s unfitness for the presidency the central message of her campaign. Her real meaning will not be explicitly spelled out, but will be unmistakable nonetheless: You may not like either of us, but you should fear him. - Bloomberg View