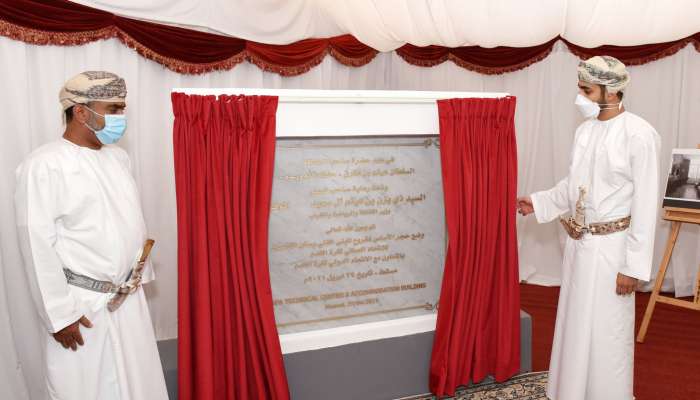 Muscat: His Highness Sayyid Theyazin bin Haitham Al-Said, Minister of Culture, Sports and Youth on Thursday laid the cornerstone for the new building of Oman Football Association (OFA).
To be established at A'Seeb Sports Stadium, the project comprises an integrated building for administration, meeting halls, residence for national teams housing 55 rooms, fitness centre and swimming pools. The project will be built on 7,000 square meters at a cost of $3.760 million.
Sayyid Theyazin viewed some pictures of the project's components. Then, he unveiled the plaque declaring the start of executing the project.
The cornerstone laying ceremony was attended by Rashad Ahmed Al-Hinai, Undersecretary for Sports and Youth, Salim Said Al-Wahibi, OFA Chairman, officials at the ministry and OFA. 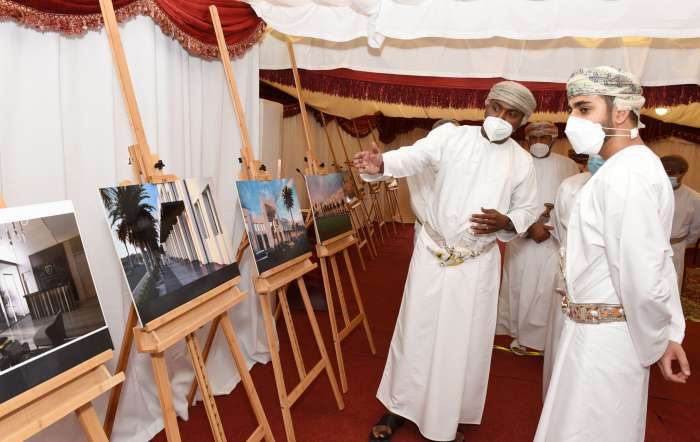 “The project, which covers an area of 7,000 square metres, and costs about one million and 446.2 thousand Omani riyal, includes the construction of an integrated building for the technical administration, offices, meeting rooms, and housing for the national teams, which includes 55 rooms, a lounge for resting, a fitness centre and other areas for swimming,” the statement added.