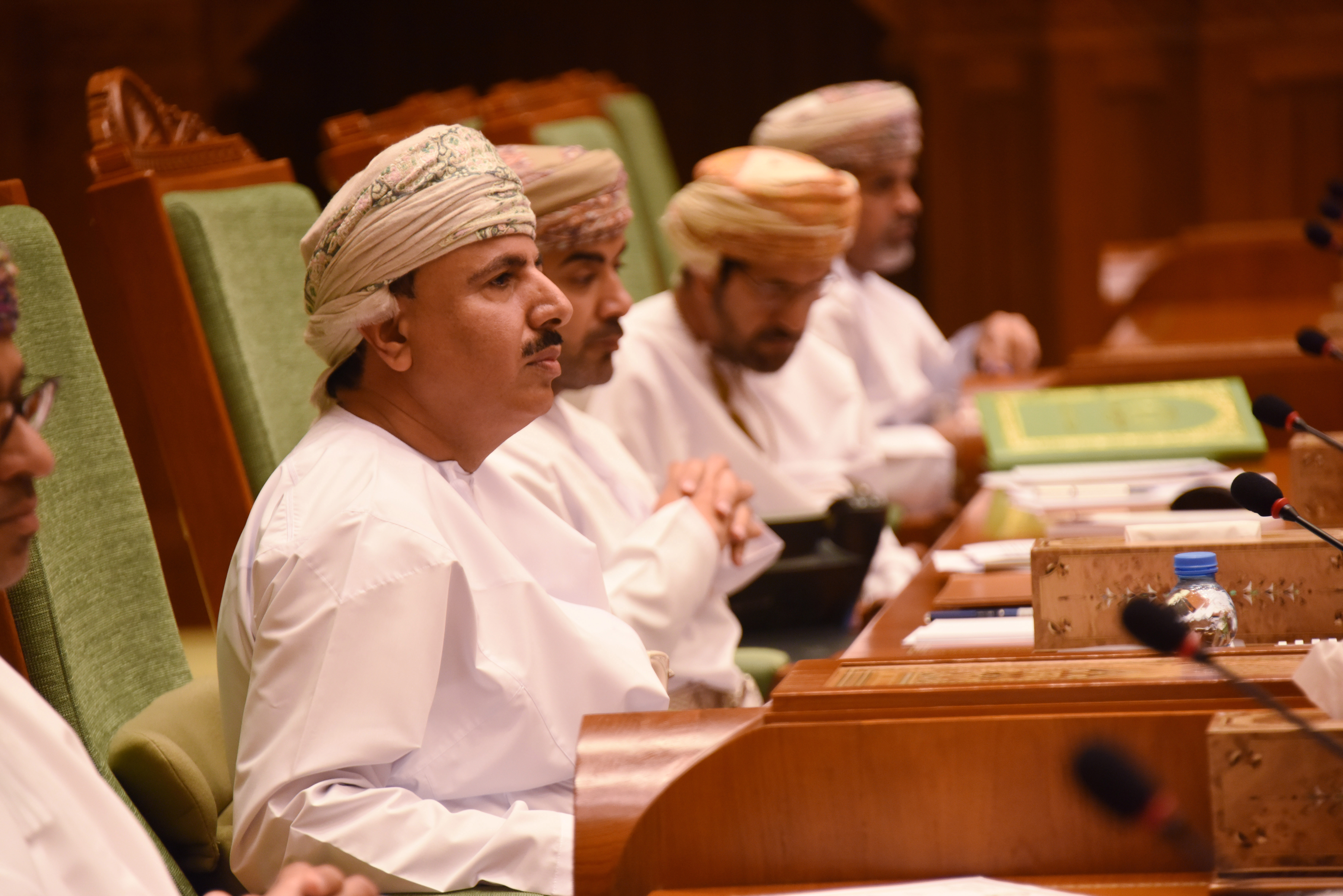 Muscat: Oman’s Minister of Manpower has agreed with Shura Council members that the two-year visa ban should stay.
Two Shura members called on the minister to retain the controversial visa rule during a council session with Sheikh Abdullah bin Nasser Al Bakri, Minister of Manpower.
Currently, expat workers who cannot obtain a No Objection Certificate (NOC) from employers in the country must leave and cannot return for two years. There have been repeated calls to change the law and recently the government announced it is being studied.
Neighbouring countries have already modified their rules to allow expats to work more freely.
“We urge the ministry to keep the two-year visa ban rule to protect Omani business owners of SMEs” Mohammed Al Badi, a Shura member said, while Nasser Al Amri echoed his call.
The Minister of Manpower told council members yesterday: “We have the same opinion about this rule. However, it is directed by the police in cooperation with other authorities.”
Also read: ‘Military training’ suggested for job-seekers in Oman
Al Bakri was addressing the Shura Council yesterday for a second day of discussions and commented on a range of issues.
“In 10 years, expatriates will make 60 to 65 per cent of Oman population. No one will accept to be a minority in his country,” Shura member Hilal Al Yahyai, told the minister, during a discussion on Omanisation.
Al Bakri added: “Yes, the rate of expats is higher than what we planned for, 30 per cent of population, but that’s due to development requirements of the country and the need of employees in the construction sector which is unattractive to Omanis.”
The minister’s view on retaining the two-year visa ban reflects the mood of many Omani businessmen and at least one member of the Oman’s Chamber of Commerce.
Employing locals just to meet the minimum legal requirement of Omanisation should also be stopped, Shura members urged during the Monday session.
The minister called on business owners to stop “visual Omanisation” and to give real opportunities to nationals to compete in the job market.
Also read: New labour law likely soon, says Oman's minister
Shura member Mohammed Al Junaibi also asked the minister to lift Omanisation rules for companies if the rule had a negative impact.
“We urge your ministry to lift the Omanisation requirement in some companies which can be negatively affected by it,” Al Junaibi said.
But the minister replied that there are 163,000 SMEs in the country which employ only 8,000 Omanis compared to 780,000 expatriates.
“Do you want the number of expat workers to reach two million?” the minister asked.
During the session, the minister said that 55 per cent of Omanis working in the private sector get less than OMR500 a month.
However, Al Bakri added: “Big business projects coming under Tanfeedh will open job opportunities for Omanis.”
He also announced that his ministry, along with the ministries of tourism, commerce and industry and transport and communications, have all begun the fourth phase of the national programme, Tanfeedh, a national programme to move the Sultanate away from its dependency on oil and gas. The programme also promotes job creation for Omani nationals.
Al Bakri stated that Omanis will soon be able to find managerial posts thanks to the education system’s newest graduates.
“Omanis will get higher positions thanks to the development of the higher education system,” he said. The minister also announced that his ministry will start providing 100 per cent of its services electronically in 2017.
“The vision is to make the shift to an e-government by 100 per cent in 2017. We will see how it goes and we might open or keep a number of offices for offline transactions,” he said.
There are 43,858 Omani job-seekers, the majority of them between 25 and 29 years old, according to 2016 figures released by the minister. Stats show that 36 per cent of them were men and 64 per cent were women.
Mohammed Farji, a trade unionist in Oman, said that the two-year visa ban is hurting many expats.
“This law keeps a worker bonded to the company. If a worker has completed his job contract with a company, he should be allowed to join a new company without any hassles,” the trade unionist said, adding that the International Labour Organisation (ILO) is pushing Gulf countries to remove such systems.
Mohammed Khaldi, another trade unionist, said that such restrictions should be removed.
“If we want private sector to flourish in these economic conditions, then such restrictive rules should be lifted. Keeping such rules will have an impact on worker productivity,” the trade unionist added.
A marketing official in a private college in Oman said that the requirement of a no-objection certificate and the two-year visa ban is forcing her to stay at work even though work conditions are not good.
“I wanted to move to other institutions. Even though I had completed my job contract, I was denied the NOC. Without a NOC, I will face a two year visa ban. I will try to adjust, but if not, I will leave Oman for good soon,”the marketing official said.
In November, Ahmed Al Hooti, a member of Oman Chamber of Commerce and Industry, said that the NOC should stay but with certain clauses. “If we scrap it totally, workers will jump from one company to another, posing a threat to his previous company. He can even start a business and become a threat to his previous employers. So, NOC should stay,” the OCCI member said.
“However, if somebody has put forward a genuine reason to move to a new firm, after completing his two-year job contract, he should be given the NOC. He should not be held back and placed in trouble,” the OCCI member added.