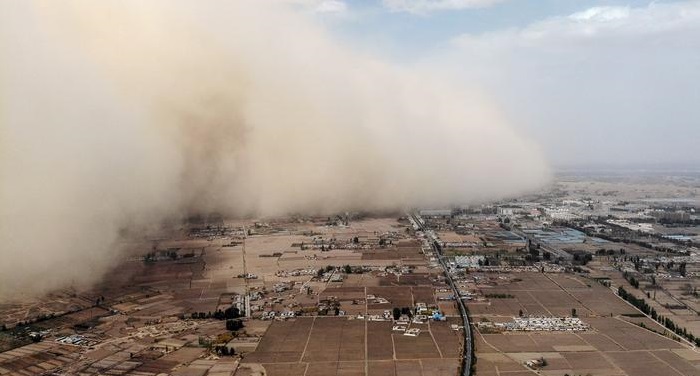 Where does the sand come from?


China suffers from enormous sandstorms each spring when sand is lifted from the Gobi desert in the north of the country and Mongolia. It is then dumped onto cities as far away as Shandong on the eastern coast and elsewhere across Asia.

The sandstorms have been made worse by desertification — the Gobi desert increases in size each year, transforming farmland into desert.

In March, the worst sandstorm in a decade hit China's capital, Beijing, pushing air pollution levels off the charts and forcing airlines to ground hundreds of flights.


China is planting a natural barrier of trees, also known as the "Great Green Wall," in stripped forest areas in a bid to curb the sandstorms.

Last year, Beijing said it expected fewer and weaker sandstorms to hit northern China due to the reforestation efforts.

Meanwhile, meteorologists said more storms can be expected across northern China on Tuesday.