All the winners and biggest moments of the Academy Awards 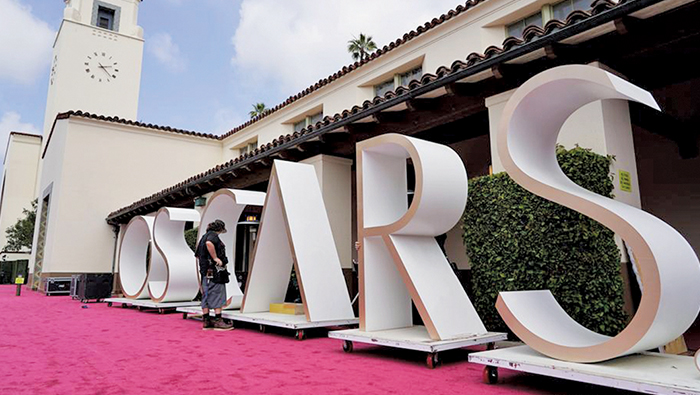 Nomadland, a poignant tale about a woman who decides to live out of her van and travel around the American West, won the Academy Award for best picture on Sunday.

It was a big night for the film's director, Chloe Zhao, who also took home the Oscar in the sought-after best director category, making her the first Asian woman and first woman of color to win the award, and only the second woman in the event's 93-year history. The Chinese-born Zhao not only directed Nomadland, but also wrote the screenplay and edited the film.

It was already considered sensational that two women, Zhao and Emerald Fennell, were in the running for the directing prize in the same year — a first for the Oscars. Until now, Kathryn Bigelow had been the only woman to have won in the category for her 2010 film, The Hurt Locker.

Zhao was not the only big Nomadland winner. Frances McDormand took home her third best actress Academy Award for her role in the film, which she also produced. McDormand appeared as its main character: a middle-aged woman named Fern. During the best picture acceptance speech, McDormand urged viewers to return to movie theaters as soon as possible and gave a wolf howl, as she does in the film, before leaving the stage.

A year unlike any other
Unlike many other awards ceremonies during the pandemic the 93rd Academy Awards ceremony was an in-person, albeit slimmed down event, featuring only nominees, presenters and their guests. This year, the Oscars were held at Union Station and Dolby Theatre in Los Angeles, with some nominees also appearing via video from London, Paris and Sydney.

Inside Union Station in front of a small crowd, actress and director Regina King opened the show with a monologue, telling the nominees in front of her to ''think of this as a movie set.''

''People have been vaxxed, tested, retested and socially distanced,'' she said. All nominees and guests had to have a minimum of two COVID-19 PCR tests, as well as tests in the weeks leading up to the ceremony.

Who were the other winners?
The big difference in the historically white male-dominated event were the multiple wins for women and people of colour.

Daniel Kaluuya won best supporting actor for playing Black Panther Party leader Fred Hampton in Judas and the Black Messiah. Hampton was assassinated by the FBI in 1969 when an informant infiltrated the party. His son, Fred Hampton Jr., worked as a consultant on the film, which had an all-Black producing team.

Anthony Hopkins was the surprise best actor winner. The 83-year old played an aging man with dementia who is cared for by his daughter in The Father. He beat out top pick Chadwick Boseman, who passed away last August at age 43 after a long battle with colon cancer. This is Hopkins' second best actor Oscar — he won 30 years ago for his role in Silence of the Lambs.

History was also made when veteran Korea's Youn Yuh-jung took home the best supporting actress award, becoming the first Korean person to win an acting Oscar and the second Asian actor to win an acting Oscar. She played mother-in-law Soon-ja who joins her son's family in the US state of Arkansas to start a new life in Minari.

Pixar film Soul, a film about death and jazz, which was the first Pixar film to feature an African American protagonist, won best animated film, as well as best score. One of its composers, Jon Batiste, became the second Black composer to win the award.

The pandemic provided a unique opportunity for smaller-budget films launched via streaming services to have a shot at taking home an award, since the release dates of Hollywood blockbusters like Steven Spielberg's West Side Story and Wes Andersen's The French Dispatch have been postponed because of the crisis.

The best documentary feature went to a film available on Netflix, My Octopus Teacher.