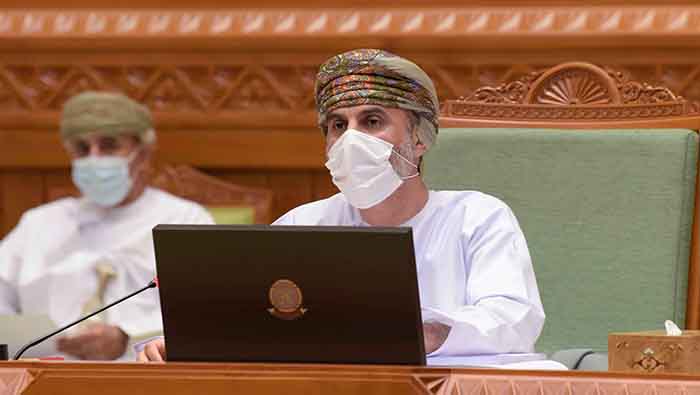 Muscat: Members of the Majlis Al Shura stressed the significance of boosting the contribution of agriculture, fisheries, animal and water sectors and enhancement of investment in such sectors through infrastructure projects, including ports and harbours along with marketing of local agricultural and fisheries products.

The above statements came during the discussions with Dr Saud bin Hamoud Al Habsi, Minister of Agriculture, Fisheries and Water Resources who presented the Ministry’s statement during the 9th regular session of the second annual convening (2020-2021) of the ninth term (2019-2023)

In his inaugural speech, Chairman of Majlis said that the food and water security represent the cornerstone in comprehensive development in the Sultanate.

The food and water sector is one of the promising sectors in terms of economic development and in diversification of sources of income and in provision of job opportunities, he added.

The agriculture and fisheries sectors are significant to the programme of economic diversification and in contribution to sources of income, he added.

The total contribution of agriculture and fisheries sectors in the total food consumption amounted to 53 percent in 2019 compared to 36  percent in 2011, he added.

The Minister spoke on the plans for development of the animal wealth sector saying that the ministry aimed to increase the local production of this sector.

He said that the ministry works with other departments concerned to update and develop the legislations and laws, mainly the law for protection of water wealth promulgated by Royal Decree No. 298l 2000 and its regulations.