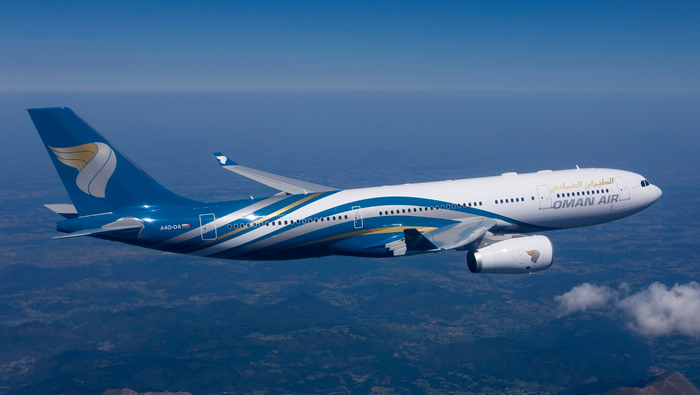 Muscat: Oman Air saw a 41 per cent increase in passengers flying between Muscat and Doha last year, the airline reported.
Oman Air will begin flying its flagship Airbus A330-200 aircraft between Muscat and Doha starting June 1, Oman Air said in a statement. “The A330s will operate every Sunday, Monday and Tuesday as part of the airline’s schedule of four daily flights to Qatar’s capital city,” itadded.
Oman Air’s upgrade of the Doha flights from narrow-body aircraft to the spacious A330s has been undertaken in response to increasing demand for flights between Muscat and Doha. The larger jets offer 20 business class seats and 196 economy class seats, enabling more customers to fly between the two cities and access Oman Air’s expanding global network.
When Oman Air first launched its Muscat-Doha service in 1996, it offered three flights per week. Frequencies subsequently increased to seven flights weekly, and then 21 flights by first quarter of 2015. The airline now offers 28 flights per week and, in 2015, Oman Air carried 134,832 passengers on the route: an increase of 41 per cent over the previous year. Oman Air’s A330 fleet has been deployed primarily on long haul routes. However, the aircraft’s flexibility, capacity and comfort also make it ideal for high-demand, short haul operations. It provides an environment in which customers can enjoy Oman Air’s authentic hospitality and welcoming onboard service. The deployment of A330s on Oman Air’s Muscat-Doha service forms part of the airline’s current fleet and network expansion plan.
In addition to increasing the size of its fleet to 70 aircraft by 2020, Oman Air is unveiling a range of new destinations, increased frequencies and more capacity on established routes, along with improved connections at its base of Muscat International Airport.