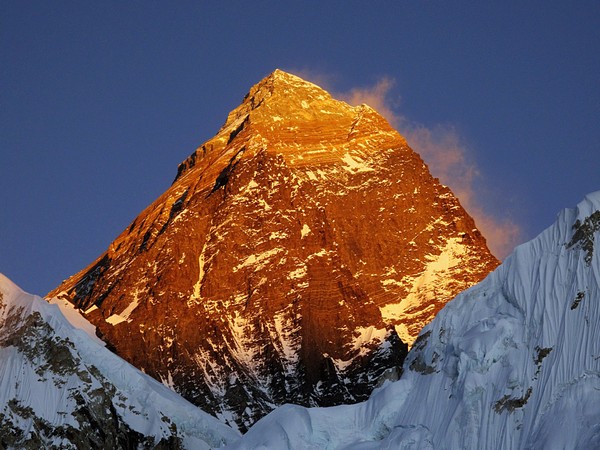 Kathmandu: First case of coronavirus has been reported from Mount Everest, the world's tallest mountain.

Initially, it was believed that Ness had pulmonary edema, a condition where the air sacs in the lungs fill with fluid that is often associated with altitude sickness.

Ness had tested negative prior to departing from Norway and again while quarantining in Kathmandu before heading to the base camp, reported The Hill.

"I really hope that none of the others get infected ... high up in the mountains. It is impossible to evacuate people with a helicopter when they're above 8,000 metres," said Ness.

"Breathing is already difficult at high altitudes, so any outbreak of disease among climbers presents urgent health risks," added Ness.

The positive cases have renewed scrutiny of Nepal's decision to open Everest to climbers. A number of climbing companies cancelled all trips for the year due to the coronavirus, but some elected to stay open for the season, reported The Hill.

According to the guidelines of Nepal, climbers quarantine prior to trekking to the Everest base camp, however, some still raised concerns because of how closely the symptoms of COVID-19 can mimic altitude sickness, such as in Ness's case.

Nepal has issued 377 permits this year to climb Everest, the world's highest mountain, The Hill reported.