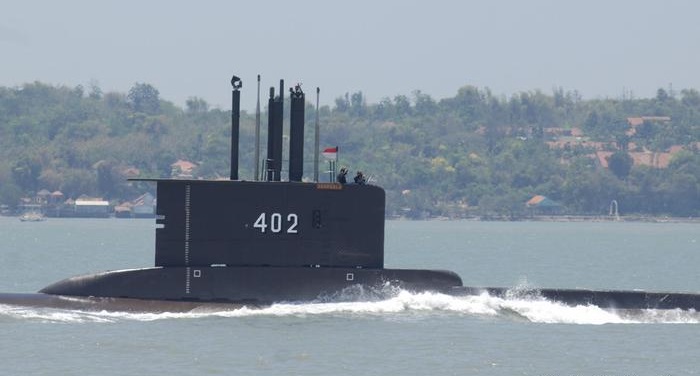 The Indonesian military submarine that went missing off Bali with 53 people on board has sunk, officials said on Saturday.

"With authentic evidence believed to be from the KRI Nanggala, we have raised the status from 'sub missing' to 'sub sunk,'" said Navy chief Yudo Margono, citing retrieved debris from the vessel.

The revelations, made at a news conference, came hours after the submarine was estimated to have run out of oxygen reserves.

How did the submarine go missing?

The vessel went missing on Wednesday while conducting a torpedo drill. The cause of the disappearance is still uncertain.

In an earlier statement, the Navy said that a possible scenario was an electrical blackout that caused sailors to lose control of the vessel.

An oil spill was later discovered near the submarine's last known position. But there was no conclusive evidence of a possible fuel leak.

On Thursday, the submarine was announced to be as deep as 700 meters (2,300 feet) underwater, raising concerns that it could have broken apart.

Critics have slammed the government for sending out the 44-year-old submarine on drills. The Navy said the German-made vessel was "ready for battle."

How extensive were the search efforts?

Indonesia's President Joko Widodo had ordered all-out efforts to locate the vessel and asked Indonesians to pray for the crew's safe return.

The operations focused on an area near the starting position of its last dive.

A US P-8 Poseidon aircraft landed early Saturday and was set to join the search, along with a sonar-equipped Australian warship, four Indonesian aircraft and 20 ships.

Singaporean and Indian rescue ships were also expected later Saturday, and Malaysian vessels were due to arrive Sunday to bolster the underwater hunt.