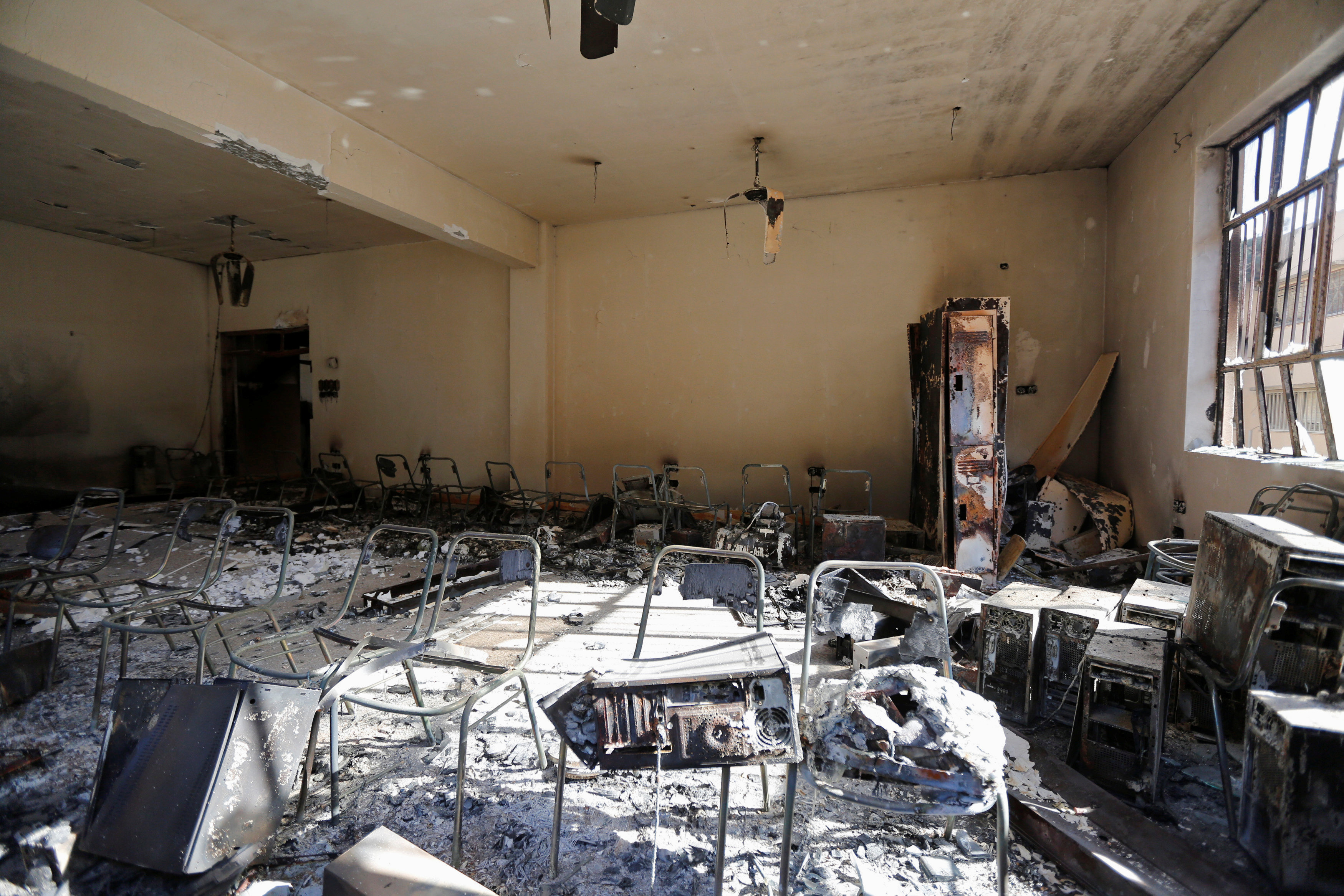 Baghdad: Iraqi special forces swept through the campus of Mosul University on Sunday to clear it of any remaining IS militants after taking full control of the area, a spokesman said.
A military statement said troops had also taken another area along the eastern bank of the Tigris river, in gains that are bringing more of IS's last major stronghold in the country under Iraqi forces' control.
Counter-terrorism service (CTS) troops drove the militants back inside the strategically located university complex and seized clusters of buildings including colleges on Saturday, a crucial advance towards recapturing all areas of Mosul east of the river.
"The university is completely liberated and forces are sweeping the complex for any hiding militants," CTS spokesman Sabah al-Numan told Reuters by phone on Sunday. "Most buildings are booby-trapped so we're being cautious."
"We're not stopping," he added, saying the CTS was working to push into areas next to the university.
Parts of the sprawling campus overlook neighbouring districts in eastern Mosul and towards the river.
Taking the entire east bank of the Tigris, which bisects Mosul from north to south, will allow Iraqi forces to begin assaults on the city's west, which IS still holds.
On Saturday elite rapid response units of Iraq's federal police recaptured large areas in the southeast, securing a stretch along the bank.
Loss of Mosul could spell the end of the Iraqi side of IS's self-styled caliphate, which it declared from the city after sweeping through vast areas of Iraq and Syria.
Iraqi forces say they are close to recapturing the entire eastern bank. They are backed by US-led air power in an offensive launched in October to retake the city.
The campaign involves a 100,000-strong force of Iraqi troops, Kurdish fighters and militias.
Forces have made rapid advances since the start of the year, aided by new tactics and improved coordination, military officials say.