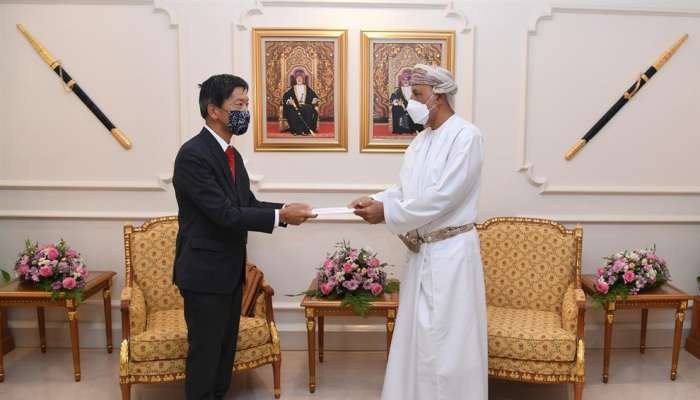 Muscat: His Highness Sayyid Shihab bin Tarik bin Taimour Al Said, Deputy Prime Minister for Defence Affairs received a written message from Nobuo Kishi, Defence Minister of Japan, expressing thanks for the facilities provided to the Japanese side in the Sultanate.

The message was handed over to Sayyid Shihab by Toshinori Kobayashi, Ambassador of Japan to Oman when His Highness received the ambassador in Al Murtafaa Camp on Wednesday.

During the meeting, Sayyid Shihab affirmed that the Sultanate will spare no effort in providing the facilities for the sisterly and friendly countries.

The meeting reviewed the relations between the two countries and exchanged views on matters of common concern.