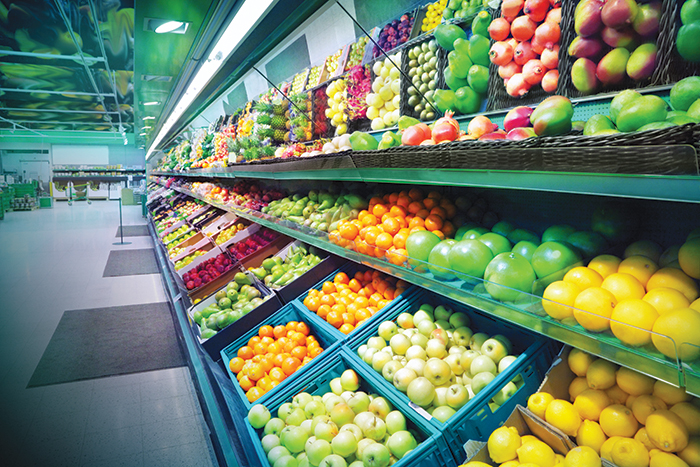 Apart from fruits and vegetables, fish and seafood prices have also registered a significant decline.

Muscat: Prices of vegetables in Oman decreased by 11.6 per cent between March 2021 and March 2020, according to figures released by the government.

Prices of other staples, such as fruits (2.95 per cent), dairy and eggs (0.8 per cent), and fish and seafood (5.13 per cent) also fell over the past 12 months, reveals data published by National Centre for Statistics and Information.

However, the costs of other goods listed on the consumer price index rose slightly. Small increase was reported in the amount customers have to pay for bread and cereals (1.07 per cent), meat (0.91 per cent), and oils and fats (1.85 per cent).

Non-alcoholic beverages are about 5.7 per cent more expensive, compared to last year. Overall, the cost of groceries has fallen by 1.09 per cent.

Basic groceries aside, there has been a small drop in the prices of clothing and footwear (1.17 per cent), home furnishings and appliances (0.23 per cent), and transportation (0.47 per cent).

“A lot of shops these days are sourcing their goods from suppliers willing to provide their vegetables and fruits at cheaper rates, and this helps customers buy them at a better price as well,” said Shakir Dadarkar, operations manager for Rafeeq.om, an online supermarket in the country.

“There are, of course, some who continue to provide it at the same rates they used to previously, and they have some vegetables that others don’t.”

He added, “Where possible, we give our customers good prices on fruits and vegetables. For many shops, including ours, these represent about 35 per cent of grocery sales: a big portion of our takings. Customers today want the best value for money, so we try to provide them that where we can.”

A manager at another supermarket chain in the country said a lot of shops had switched to more affordable suppliers, as they attempt to cut costs during the COVID-19 pandemic.

“Shipping costs are expensive right now, particularly with unexpected delays due to the pandemic, so supermarkets will look for more reliable suppliers that are located closer to them,” he said.

“Where possible, of course, we will try to buy local, but that is not possible for many fruits and vegetables.

“The shipping expenses for tomatoes from Europe, for example, are higher than the ones from, say, Jordan, and of course, if you buy them locally, then they are often the cheapest,” he added.

Customers visiting supermarkets also said many vegetables were priced at less than 200bz a kilo, making it more affordable to them.

“Most of my essential vegetables, such as potatoes, tomatoes, onions, pumpkins and many others are now being sold really cheap,” said Simon Mendonca, an expatriate in the country.

“Times are challenging now, so these low prices make it easier for us to buy food for our families.”
According to the data, costs of staples in Muscat are a bit higher than they were in the rest of the country, but still lower than what they were last year.

Vegetable prices have decreased by 6.26 per cent, the cost of fruit has dipped by 0.69 per cent, and fish and seafood are 5.19 per cent cheaper. Grocery prices in the capital have, overall, decreased by 0.23 per cent.