Law protects us, we won't be banned from UCL semis: Real Madrid chief 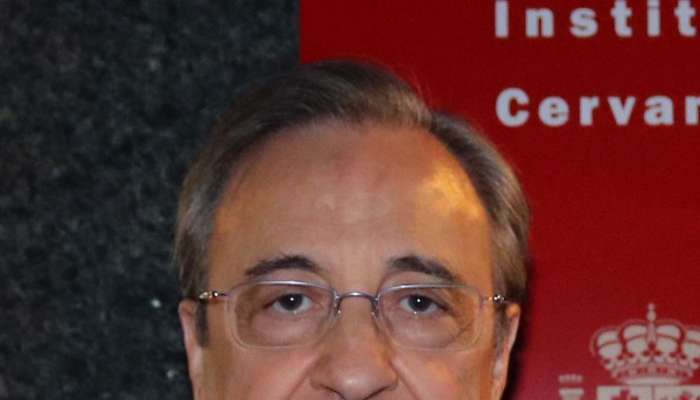 Madrid: Real Madrid President Florentino Perez has brushed aside threats from UEFA President Alexander Ceferin who had said that the players participating in the European Super League will be banned from the World Cup and Euros.

A group of 12 European clubs on Monday confirmed their plans to launch a new European Super League. Among these 12, six belong to the Premier League -- Manchester United, Manchester City, Liverpool, Arsenal, Tottenham Hotspur, and Chelsea. UEFA President Ceferin was also left fuming and he launched a scathing attack on all the 12 clubs involved and he made his intentions clear on what might be the fate of the players if they play the European Super League.

"Every player can be calm because that's not going to happen. They won't be banned if they join the Super League," Real Madrid President Perez told El Chiringuito, as reported by Goal.com.

UEFA's Executive Committee member Jesper Moller on Monday also said that Real Madrid, Chelsea, and Manchester City could be thrown out of this season's Champions League due to their involvement in the Super League.

"Real Madrid, Manchester City, and Chelsea will not be banned from the Champions League or domestic leagues. Impossible, I can assure you of that. 100 per cent, it won't happen, the law protects us. This is impossible," said Perez.

UEFA President Ceferin had also slammed Manchester United and Juventus chiefs Ed Woodward and Andrea Agnelli and he went on to call them "snakes" after they led proposals for the Super League.

"President Ceferin insulted Andrea Agnelli today, it is not possible. It's crazy to discuss a president of a world club like Juventus. This is something unacceptable, UEFA must change, we don't want a president who insults other presidents," said Perez.