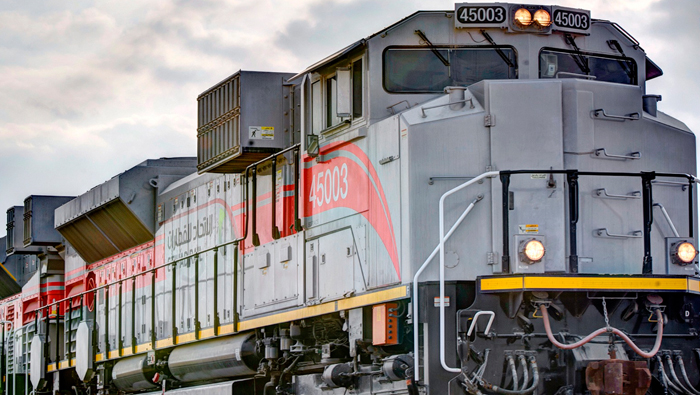 Muscat: Etihad Rail, the developer and operator of the UAE's national rail network, said that it has been recognised by the Middle East Economic Digest’s (MEED) 2016 Quality Awards for Projects — receiving the GCC Rail Project of the Year for Stage 1 of the project.
The MEED Quality Awards for Projects, whose rigorous judging criteria factors in project socio-economic and environmental impact, coupled with design, engineering and significant construction milestones, recogniSes companies for their pioneering excellence in project execution across the region.
Projects from Bahrain, Kuwait, Oman, Qatar, Saudi Arabia and the United Arab Emirates were shortlisted for the awards, with a total of 50 attaining the highest honours across multiple categories, for being the highest quality projects in the Middle East.
“Etihad Rail is honoured to receive the GCC Rail Project of the Year Award for 2016, in an awards programme that recognises some of the region’s and the world’s greatest success stories in construction and industrial performance,” said Eng. Faris Saif Al Mazrouei, chief executive officer of Etihad Rail.
“Since beginning construction, Etihad Rail remains committed to ensuring the highest design and construction standards as part of an iconic project that will revolutionise the UAE’s logistics and transportation infrastructure. Recognition of our efforts is an appreciated gesture, as we continue to forge aheadwith our goal of connecting the nation’s passengers and commercial centres with neighbouring GCC counterparts, thereby contributing to the UAE’s socio-economic future,” he added.
The award winners were announced at a ceremony which marked the end of the 2016 MEED Construction Leadership Summit, an executive-level event held in Dubai, which brought together delegates in the Gulf’s construction industry.
The award-winning Etihad Rail project is being delivered in three key stages of development, with the 1,200-kilometre-long rail network forming part of the vital GCC Railway Network that links the UAE to Saudi Arabia through Ghweifat in the West and Oman through Al Ain in the East.