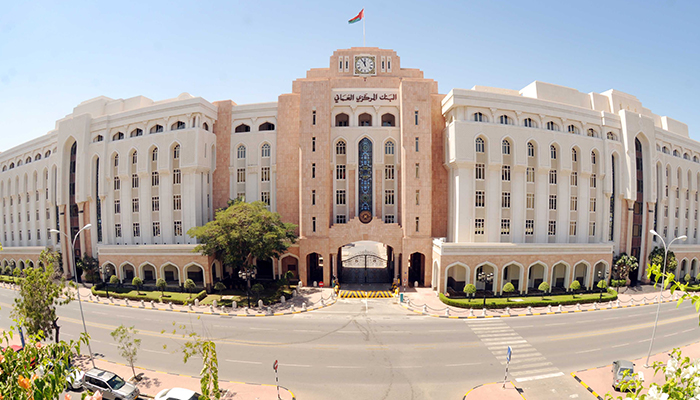 Muscat: The total deposits held with other depository corporations (ODCs) reached OMR24 billion at the end of August 2020, increasing by 4.4 per cent compared to August 2019, data issued by the Central Bank of Oman (CBO) shows.
Meanwhile, total private sector deposits increased by 10.8 per cent to OMR16.5 billion at the end of August 2020.
Oman’s nominal gross domestic product (GDP) declined by 13.4 per cent during the second quarter of 2020 compared to the same period of last year, according to preliminary data released by National Centre for Statistics and Information (NCSI).
The nominal contraction in the economy was driven by a 20 per cent decline in the hydrocarbon sector, as well as the decline in the non-hydrocarbon sector by 9.9 per cent during the second quarter of 2020.
The Omani oil price averaged $47.7 per barrel during the first eight months of 2020, which is lower by 26.3 per cent over the corresponding period of last year. Moreover, the average daily oil production decreased by 1.4 per cent to 957.3 thousand barrels during this period.
According to the latest data released by the NCSI, the Sultanate's Consumer Price Index (CPI) witnessed a year-on-year (Y-o- Y) negative growth of -0.6 per cent during January- August 2020.
The combined activities of conventional and Islamic banks provide a comprehensive picture of financial intermediation through the banking sector in Oman.
The total outstanding credit extended by ODCs grew by 2 per cent to OMR26.3 billion at the end of August 2020. Credit to the private sector rose by 0.6 per cent year-on-year to OMR22.8 billion. Of the total credit to the private sector, the non-financial corporate sector and the household sector (mainly under personal loans) received a share of 46.4 per cent and 45.1 per cent, respectively, while financial corporations received 5.1 per cent and other sectors the remaining 3.4 per cent.
When looking at the sector-wise analysis of private sector deposits; the share of households was largest at 50.6 per cent, followed by non-financial corporations at 31.7 per cent, financial corporations at 15.3 per cent and the other sectors at 2.4 per cent.
The combined balance sheet of conventional banks indicates a year-on-year growth of 1.2 per cent in total outstanding credit as of end-August 2020. Conventional banks’ credit to the private sector decreased marginally by 0.7 per cent to OMR18.8 billion. Conventional banks’ overall investments in securities amounted to OMR3.8 billion.
Investment in Government Development Bonds (GDBs) increased by 15.1 per cent over the year to OMR1.7 billion. Banks also invested OMR276.8 million in Government Treasury Bills, while their investments in foreign securities stood at OMR1 billion at the end of August 2020.
Aggregate deposits held with conventional banks increased to OMR20.4 billion in August 2020, registering a growth of 4 per cent over the level a year ago.
Government deposits with conventional banks decreased by 16.9 per cent to OMR4.5 billion, while deposits of public enterprises increased by 14.6 per cent to OMR1.1 billion.
Private sector deposits, which accounted for 70 per cent of total deposits with conventional banks, increased by 11.5 per cent to OMR14.3 billion.
Islamic financing
Islamic banking entities provided financing of OMR4.1 billion at the end of August 2020, recording a growth of 6.6 per cent over that a year ago. Total deposits held with Islamic banks and windows increased by 6.8 per cent to OMR3.6 billion.
The total assets of Islamic Banks and Windows stood at OMR4.9 billion and constituted about 14 per cent of the banking system’s assets at the end-August 2020.
Monetary aggregates data indicates narrow money (M1) at the end of August 2020 increased by 11.8 per cent to OMR5.7 billion on a year-on-year basis. Likewise, quasi-money (Rial Omani saving and time deposits, certificates of deposit issued by banks, margin deposits and foreign currency denominated deposits) registered a significant increase of 10.7 per cent during this period. Broad money supply M2 (M1 plus quasi-money) grew by 11.0 per cent and stood at OMR19.1 billion.
The weighted average interest rate on RO deposits decreased marginally from 1.954 per cent in August 2019 to 1.943 per cent in August 2020, and the weighted average RO lending rate increased from 5.435 per cent to 5.482 per cent during the same period. Meanwhile, the overnight Rial Omani domestic inter-bank lending rate fell significantly to 1.100 per cent in August 2020 from 2.736 per cent a year ago, reflecting transmission of policy rate cuts by the Federal Reserve.
The average Repo rate for liquidity injection by the CBO also stood lower at 0.5 per cent during August 2020 in comparison with 2.699 per cent in August 2019.