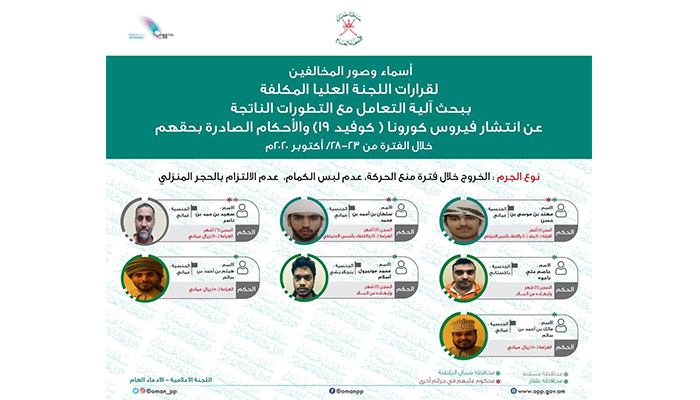 Muscat: Seven defendants have been held for violating the decisions of the Supreme Committee in a number of the Sultanate's Governorates.

Public Prosecution said in a statement, “On the 26th and 28th of October 2020, the primary courts in a number of the Sultanate's governorates issued a number of criminal judgments against violators of the decisions of the Supreme Committee.”

“The Public Prosecution began investigating seven defendants who violated the ban on movement and were not wearing masks, and not adhering to home quarantine, and as a result, they were referred to the competent courts, and they were sentenced to sentences ranging between six months imprisonment and a fine of OMR 1000, with the foreign accused being deported from the country,” the statement added.