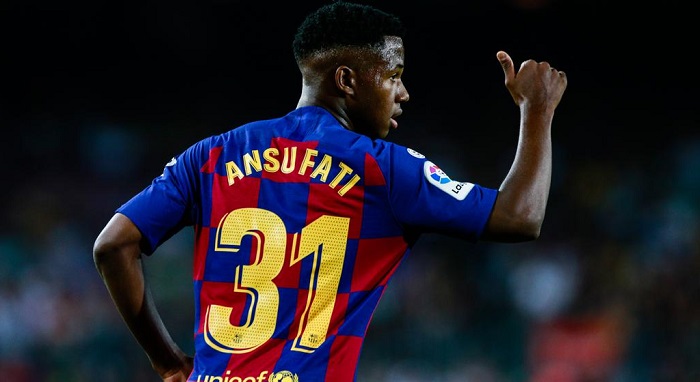 Barcelona: Barcelona manager Ronald Koeman has lavishly praised Ansu Fati and is impressed with how the player has performed despite being so young.

Barcelona, in the 2020-2021 season of La Liga, have played three matches so far, registering two wins and a draw. The 17-year-old, Fati, scored twice against Villarreal to hand Barcelona a 4-0 win. He netted a goal against Celta Vigo as well, as Barcelona won the match by 3-0. "His performance is of the highest level. We are talking about a player who is only 17 years old. Playing three consecutive games of top-level football at that age means he is very good. He is also a kid who wants to learn; he trains to learn and improve, and we are here to help him," the club's official website quoted Koeman as saying.

Koeman also said that he is "happy with the squad" and wants the team to work hard.

"I am happy with the squad that we have. We have tried to improve: With some things we've done that, and others we haven't, but that's also partly due to the club's financial situation. We have to accept it and work hard," he said.

Also, Lionel Messi and Cristiano Ronaldo are all set to face each other in the group stage of this season's Champions League after Barcelona and Juventus were paired together in Group G in the draw. The other two teams in Group G are Dynamo Kyiv and Ferencvaros.

Reflecting on the same, Koeman said: "It's a very important competition. In theory, we are the best in the group, but we have to show that. We start at home against Ferencvaros, which is an important game for which we have to prepare and analyse the opposition."

"Juventus are showing every year that they have a strong team, with experience and a great player like Cristiano Ronaldo. We have Pjanic, who can give us a little more information about his former club," he added.