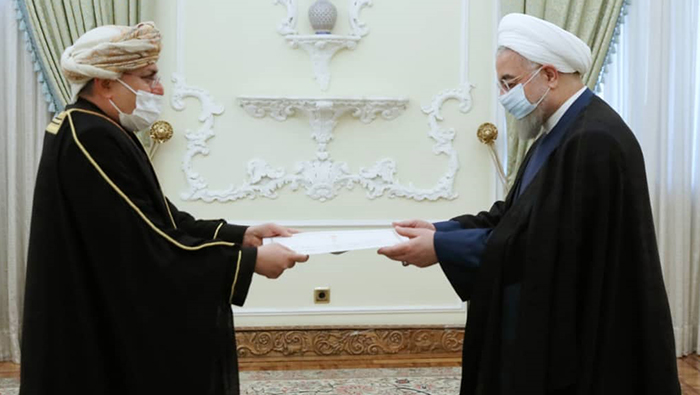 The ambassador conveyed greetings and wishes of His Majesty Sultan Haitham Bin Tarik to His Eminence the Supreme Leader Ali Khamenei, the President and the people of Iran.

In his turn, the president of Iran asked the ambassador to convey the greetings and wishes of His Eminence the Supreme Leader to His Majesty the Sultan.

The meeting discussed the bilateral relations between the two countries and ways of their enhancement and issues of common concern.