Economists expect the Oman crude to rise to about $60 a barrel in the coming months.

Muscat: Prices of Oman crude oil have reached their highest in 12 months, owing to the reopening of industries and global COVID-19 vaccination drives around the world.

On January 26, 2021, Oman crude traded at $55.30 (OMR21.3) per barrel on the Dubai Mercantile Exchange (DME), having steadily risen to this price since the beginning of the year.

An official from the Ministry of Energy and Minerals spoke exclusively to Times of Oman about the rise in price of Oman Oil: “We cannot be completely certain about the current level of the price of Omani oil ($55 per barrel) in the future, but we see that the partial decline causes some concerns among investors and dealers in energy markets. However, the continued improvement in the oil price positive indicators for the markets.”

He added: “Currently, the analysts and energy institutions around the world are predicting that crude prices will continue to improve in the coming period. There is an optimism that oil prices will remain above the $50 barrier during the next few months.”

“The rise in the price of Omani crude oil, of course, will contribute to maximising government revenues, as well as reviving the market, the local as well as the global economy,”he said.

Economists in the country expect the price of oil to increase to about $60 a barrel in the coming months, but don’t expect it to cross that mark soon, owing to the unpredictability around the coronavirus.

“It’s been almost a year since we’ve seen these prices,” said a senior manager at a leading oil company in Oman.

“Because of the COVID-19, the prices of oil dropped severely. Oil prices were at this level before the pandemic began.

“As per our expectations, I do not believe the oil prices will go down for a while. If it does, though, the oil prices could fall to what they were last year. But this is unlikely, because we see improvements right now, compared to the previous year.”

Revealing how incidents around the world had positively affected the price of oil, he said, “We now have a new, more stable government in the US, and all of the concerns around the new strains of the virus have more or less gone, so this is helping the oil price climb up. Under the current circumstances, the prices of oil could go down if there are failures in the vaccination programmes, or more concerning variants of the virus discovered.

“Things are expected to stabilise now, and the highest I see the prices going to right now is about $65 a barrel.”

“To say oil is expected to soon touch about $75 or $80 a barrel is too optimistic, because in the current scenario, prices reaching $60 will also be considered a great improvement. It will take at least a year or two for things to come back to normal.”

The pricing system for Omani crude on the DME is used by five national oil-producing entities in the region: Oman, Bahrain, Saudi Arabia, Kuwait, and the Emirate of Dubai. Prices of Oman oil have been hovering around the $55 mark since 7 January, when it reached $54.46. The highest it has been since then was on January 13, when it rose to $56.42.

After once again dipping into the $55 per barrel range, Omani crude prices rose to $56.23 on January 20, an increase of $1.17 compared to the previous day’s rates.

The price of oil is set to increase further, as more and more public services that require oil consumption are brought back, having been temporarily suspended during the pandemic.

“There are a lot of services such as public transport and aviation that have still not reached full operations, because of the pandemic,” said Dr Syed Mujahid, the head of the Department of Economics and Finance at the College of Economics and Political Science at Sultan Qaboos University.

“Once they resume, there will be more need for vehicle and aviation fuel, which will lead to more demand for crude. But the bulk of oil demand comes from the industrial sector,” he added.

“Many factories around the world shut down and scaled back operations during the pandemic. They have all since reopened, which has led to energy exporters around the world resuming shipments of oil once again. The recovery in oil prices right now is dictated by two factors: the production cuts by oil-producing countries, and the demand of these industries.”

Adding to this, Khalfan Al Touqi, an economist in the Sultanate, said that while it was good the prices of oil were increasing again, the country would naturally benefit if they went even higher in the months to come. “Oman’s oil price depends on the global markets, so it is not entirely in our hands,” he said.

“We are still suffering from COVID-19 and its economic impacts. The country’s budget estimates the price of oil at $45 a barrel, but a price of $75 to $80 per barrel is required for the economy to function in a more effective manner.

“However, I am hopeful the price of oil will not fall, and the government is carrying out its economic diversification plans so that we have alternate sources of income to run our economy in the future, and not remain reliant on just oil and gas prices,” he added. 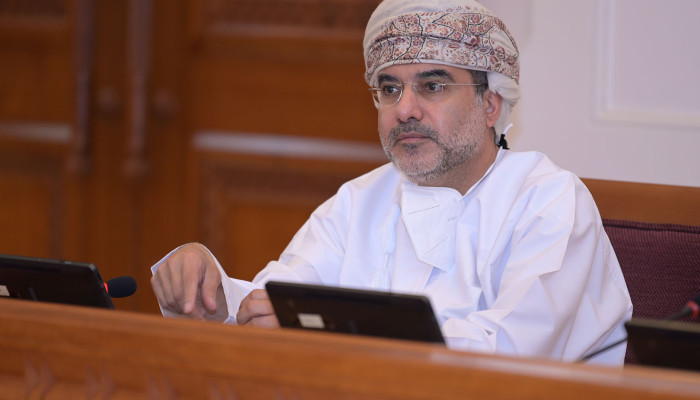