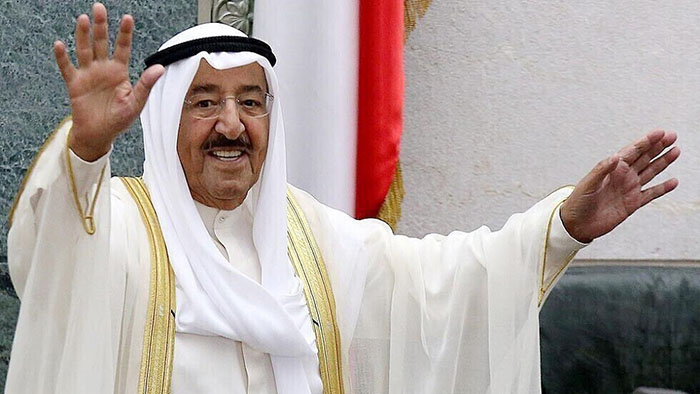 Sheikh Sabah had played a significant role in the stability of the relations between employees and employers besides the regulations on immigration to the State of Kuwait. He also initiated the technical training centres and vocational training centres for females and childhood centres.

During his reign, the official gazette “Kuwait Today” was issued to register and document all official matters of the state. The government printing press was established to meet the government’s requirements in terms of publications besides issuance of “Al Arabi” magazine and republication of ancient books and manuscripts for a project on revitalisation and rewriting the history of Kuwait.

This is in addition to his encouragement to political writing and protection of freedoms.
During the time he assumed the duties of the Ministry of Guidance and News, Sheikh Sabah contributed to development of a number of authorities and departments concerned with media.

Sheikh Sabah was the first to raise the flag of Kuwait over the building of the United Nations on 11 May 1963. Sheikh Sabah had an office in Dubai to supervise the social and development services offered.

Until 1969, there were 43 schools and some 850 teachers whose salaries were fully paid by the State of Kuwait in addition to the school fees paid and meals served.
Sheikh Sabah assumed the duties of the ministry of information, besides his duty as the Foreign Minister.

Sheikh Sabah also established the first radio broadcast station in Sharjah and paid due concern to the establishment of the TV station in Dubai.

Sheikh Sabah visited Yemen in October of 1972 and his visit resulted in signing of a peace agreement between the two countries.

In 1980, he also played a significant role in a successful mediation between Oman and The Democratic Republic of Yemen. The mediation resulted in signing the Agreement on Declaration of Principles which reduced the severity of political tension between the two countries.