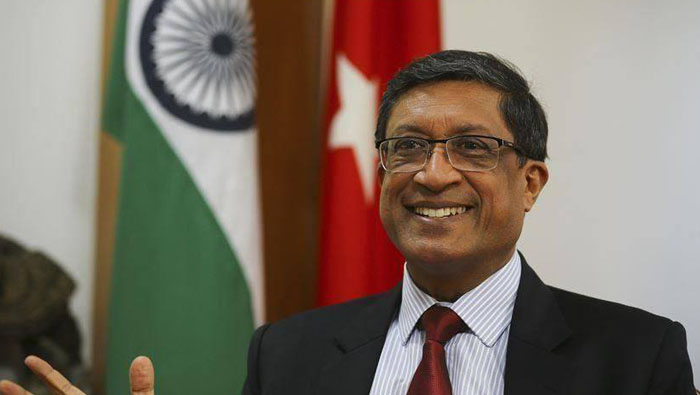 New Delhi: As much as 53 per cent of India’s oil imports and 41 per cent of gas imports now come from the Arab region which is vital for India’s energy security, according to Sanjay Bhattacharyya, Secretary in the Ministry of External Affairs, MEA, here.

"The nature of the energy partnership has evolved from mere hydrocarbon ties between buyer and seller to participation in upstream and downstream projects, joint ventures in refineries and building of strategic oil reserves," Bhattacharyya told members of the Federation of Indian Chambers of Commerce and Industry, FICCI.

He said "India has stakes in oil blocks in the UAE, Iraq, Syria, Libya, Yemen and South Sudan. We are also embarking on a partnership in renewables."

Bhattacharyya was referring an agreement between the UAE and India for an oil concession signed during the visit of Indian Prime Minister Narendra Modi to Abu Dhabi in February 2018. A Memorandum of Understanding on jointly building strategic petroleum reserves was signed during a visit by India’s Minister of Petroleum and Natural Gas, Dharmendra Pradhan, to Abu Dhabi on November 12, 2018.

"The key elements of our economic engagement are characterised by energy security, food security, human resource exchanges, growing trade and investment relations and strong connectivity. It is multi-faceted and extensive but the potential is bigger," said Bhattacharyya, who looks after the Gulf and overseas Indian affairs, among other charges, in the MEA.

"The thrust in future will be on joint ventures in infrastructure and manufacturing, tapping Arab Sovereign Wealth Funds and integrating into supply chains. Second, New Emerging Technologies, especially in ICT, consultancy, fin-tech, logistics, edu-tech, health-tech and others have enormous potential. Third, High Technology cooperation has potential to be stepped up. Fourth, Indian business may explore venturing into less-explored markets. The current focus of Indian business is for trade, investment and technology exchanges with GCC, Egypt and Israel. Fifth, Cultural exchanges will promote goodwill among the people and facilitate economic engagement."