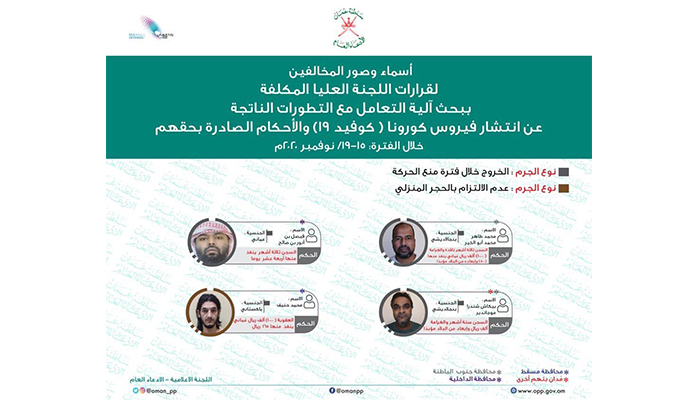 Muscat: Four defendants found to be in violation of the decision of the Supreme Committee (COVID-19), received sentences from the primary courts ranging from six months imprisonment to a fine of OMR1,000.

The Public Prosecution said, “The primary courts in the governorates of Muscat, Ad Dakhiliyah, and Al Batinah South during the period from November 15 to 19, 2020 issued a number of criminal judgments against those in violation of the decisions of the Supreme Committee (COVID-19).”

“The Public Prosecution began investigating four defendants who violated the decisions of the Supreme Committee (exit at the time of preventing movement, non-compliance with home quarantine), and accordingly they were referred to the competent courts, and they were awarded sentences ranging between six months imprisonment to a fine of OMR1,000 with the expulsion of foreign accused from the country,” the statement added. 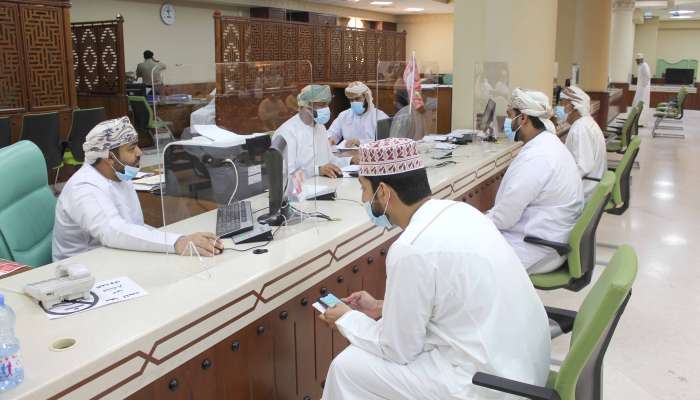 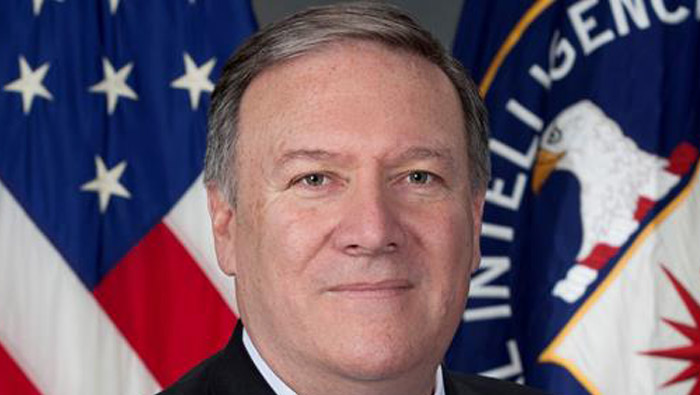 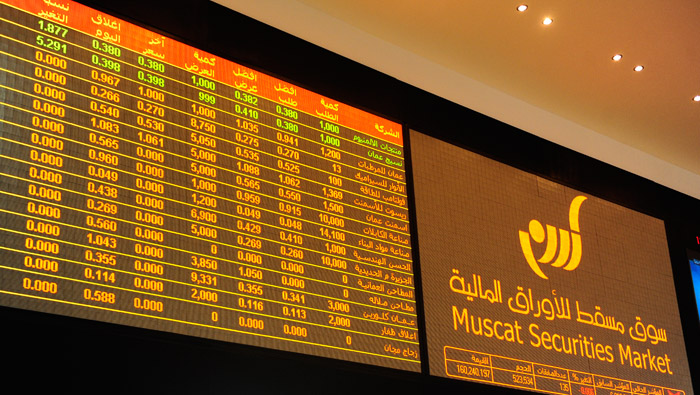