Djokovic to lock horns with Nadal in men's final 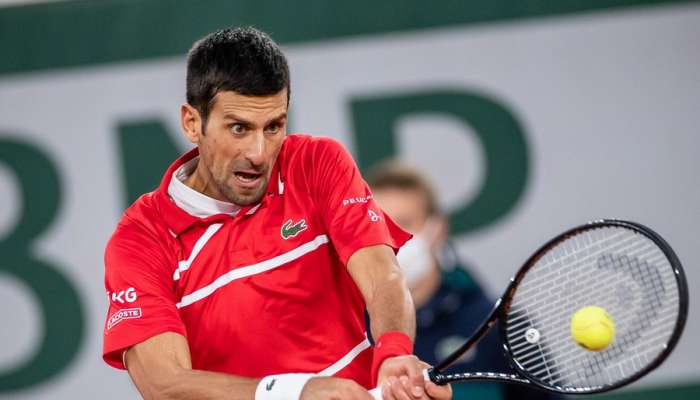 Paris: Novak Djokovic will be locking horns with Rafael Nadal in the final of the French Open as the Serbian emerged triumphant in the semi-final clash against Stefanos Tsitsipas.

In the match against Tsitsipas, Djokovic won the first two sets comprehensively, but the fifth-seed Tsitsipas staged a comeback and won the third and fourth set, sending the match into the fifth and final set.

In the final set, Djokovic staged a remarkable comeback to win 6-1 and set up a final showdown with Nadal on Sunday, October 11.

With this win, Nadal also registered his 99th win at the Roland Garros. The Spaniard made his debut at the French Open in 2005 and he is now just one victory away from equalling Roger Federer's all-time record of 20 Grand Slam titles.