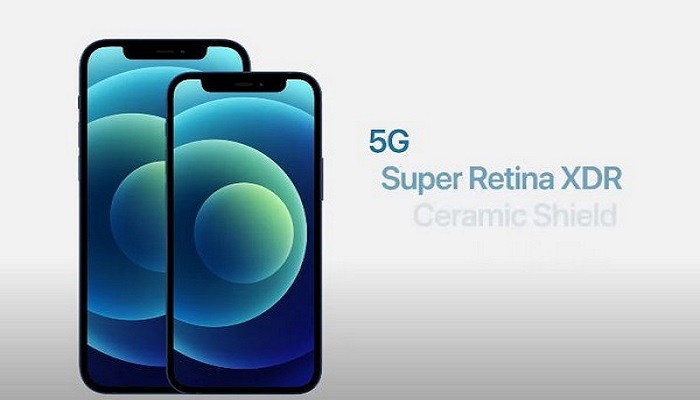 New York: Apple on Tuesday announced the launch of four new phones, all equipped with 5G, which means that they can connect to the next-generation high-speed wireless network.

The new phones launched at a virtual event broadcast from Apple's headquarters in Cupertino- include the iPhone 12, the iPhone 12 Pro, the iPhone 12 Pro Max and a new, smaller, iPhone 12 mini. In addition, the tech giant also introduced new audio equipment including the HomePod Mini smart speaker. Announcing the "next generation" of the iPhone Apple CEO Tim Cook called it "a huge moment for us". The event marked the second Apple product event in weeks.

According to CNN, the iPhone 12 will bring a "new level of performance" for downloads and uploads and higher-quality video streaming. In highly populated areas where 5G is available. The newly launched iPhone would come in five colours -- black, white, blue, red and green.

"This is a huge moment for all of us and we're really excited," Cook said.

"We can finally say, 5G just got real," Verizon CEO Hans Vestberg quoted by CNN during the Apple event.

While shipping the new iPhone 12, the box would not feature headphones or a charging brick in order to cut down on waste.

"More than 2 billion Apple power adapters are out in the world, and many customers already have wired headphones or AirPods," vice president of environment, policy and social initiatives Lisa Jackson said.

"Removing these items also means a smaller, lighter iPhone box. We can fit up to 70% more items on a shipping pallet. Instead, iPhone users will have to buy EarPods and the USB power adapter separately," Jackson said.