The next migrant wave 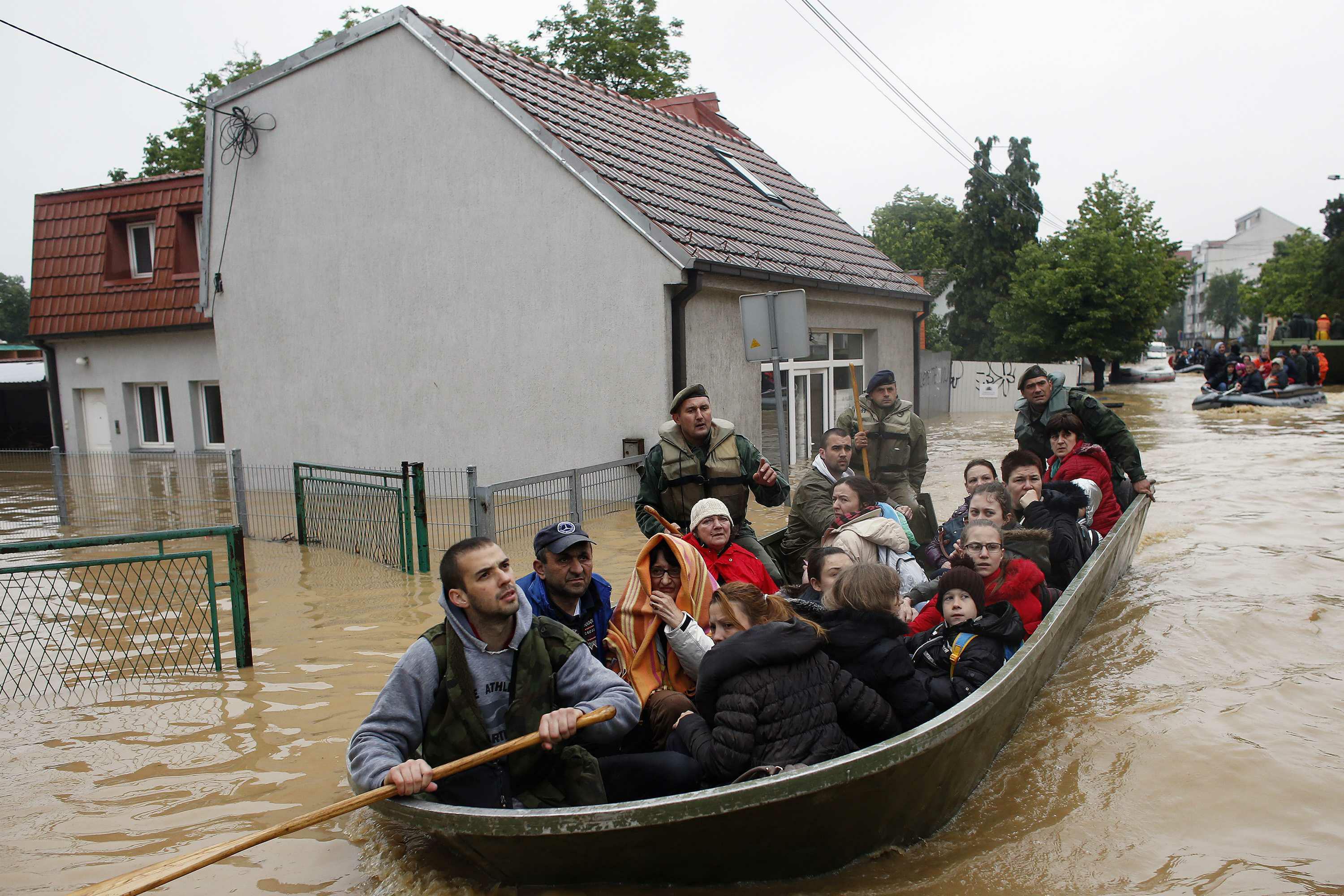 Imagine that you are a farmer. Your crops are withering as weather patterns become more volatile, your well water is too salty to drink, and rice is too expensive to buy at the market. So, you leave home in search of a better life.
Millions of people in vulnerable communities around the world do not have to imagine such a scenario. They are living it now, as an increasingly unpredictable climate takes its toll; and their numbers are likely to soar as the effects of climate change intensify.
But the world is even less prepared for these future climate migrants than Europe is for the current wave of people fleeing from the Middle East and North Africa. Most climate migrants will relocate within their own borders, but others will have no choice but to seek refuge abroad. If sea levels rise by more than one metre, entire populations of Pacific-atoll and reef-island countries might have to relocate.
If it is well planned and managed, migration can help people adapt to such threats. But if it is not, it can lead to humanitarian crises. Overall, today’s policies are inadequate. Source and destination countries urgently need to make it easier and safer for people to move, or to remain where they are if they cannot afford or choose not to leave.
Climate change will be one of many factors fuelling future migration waves. Although it will become increasingly difficult to distinguish between people fleeing from environmental factors and those who have left for other reasons, we know that climate will play a larger role in migration, as slow-onset threats such as erosion and acute hazards such as cyclones threaten more people’s livelihoods.
Most of the people at risk live in Asia, which is uniquely exposed to the effects of climate change. Nine of the ten countries with the most people living in low-lying areas (who are therefore threatened by flooding, storm surges, salinity, and erosion) are in Asia, owing to mass migration to megacities in recent decades.
A recent study forecasts that Asia’s low-elevation population could double by 2060, to 983 million, from its level in 2000, thus accounting for 70 per cent of the world’s total. Elsewhere in the region, water stress from reduced rainfall, salinity, glacial retreat, and desertification will hit water stocks, threaten livelihoods, and drive up food and water prices. These drastic scenarios might not materialise if the world succeeds in mitigating climate change. But no country should be complacent. Asian countries, especially, should prepare for worst-case scenarios, and implement far-sighted national policies, such as Kiribati’s “migration with dignity” programme, which provides education and vocational training to citizens of the low-lying Pacific island state to improve their chances of finding decent work abroad.
Preparations for any future scenario in Asia will require more complete data to judge the potential impact and timing of climate-related events, and to assess their effect on migration patterns. Country-specific data would allow individual governments to hone their policies. This includes more thorough national censuses, which too often disregard marginalised communities like slum-dwellers. Censuses should be conducted inclusively, fed into national databases to monitor progress and identify vulnerable populations, and shared across the region.
Governments should educate their citizens about the effects of climate change, in order to prepare those who want to stay or cannot afford to leave. Migrant source countries should have national disaster risk assessments (so that they can plan for potential losses), comprehensive hazard maps, and disaster early-warning systems to reassure their citizens. And new houses, roads, bridges, and other infrastructure, such as water systems, should be built to withstand extreme weather.
At the same time, governments should provide access to portable benefits for those people who do leave, so that they can support themselves abroad. And destination countries should consider providing emergency employment for displaced workers, using Australia and New Zealand’s seasonal worker programs as a model. Destination countries could also establish urban work and training centres for incoming migrants, many of whom will lack the skills required to land city jobs; and they should recognise the qualifications of those who do have expertise, and help them to find work.
It will be essential for destination countries to invest in sustainable infrastructure and basic services for new arrivals. Some cities are hesitant to provide services, because they fear it will attract new migrants. But this attitude only forces migrants into slums, which creates even bigger problems. A better approach is to steer migrants from vulnerable rural areas to nearby medium-size cities equipped with the necessary services to absorb them; this, in turn, will prevent megacities from growing unsustainably.
A comprehensive approach along these lines would help to make migration part of the solution to climate change, not just another of its harmful effects. Many countries will need funding to implement such plans, and, encouragingly, the 2015 Paris climate agreement established a taskforce to address climate-related displacement. One of its main goals should be to ensure that funding mechanisms for climate-change adaptation encompass migration issues.
For now, we need a more energetic global discussion on this pressing issue. Whether climate-induced migration brings relief or chaos will depend on the policies and investments we agree to today. We should act now to give vulnerable communities a say in their future. - Project Syndicate