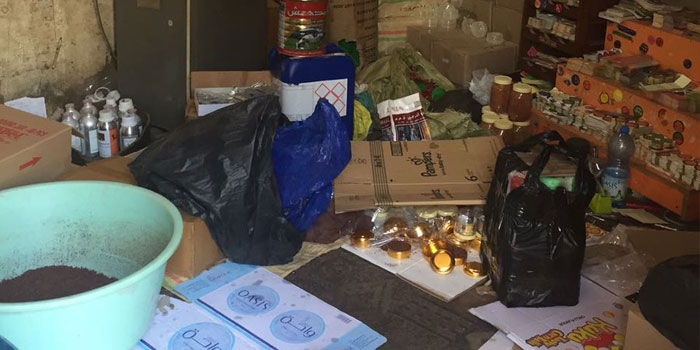 Muscat: A number of expatriates were arrested in a Muttrah house for making counterfeit bukhoor (incense), the Public Authority for Consumer Protection (PACP) reported on Tuesday.
The labourers were found using sawdust and petroleum materials to make the bukhoor, which according to the PACP can risk the health and safety of consumers.
The PACP said the products had misleading information stickers and the house lacked basic health requirements.
Around 134 buckets of sawdust, more than 721 packets of incense and 13 gallons of petroleum products were seized at the location, according to Isa Al Nabhani, assistant director of the department of monitor markets.
He added that more than 120 bottles of cheap perfume were used in manufacturing the bukhoor in addition to some empty bottles that had not yet been filled.
A numbers of stickers that were brought from outside the Sultanate with forged validity information were also found by the PACP officials.
Al Nabhani noted that the manufacturing had been operating for a long time and the labourers used to import the materials from places inside and outside Oman.