Oman Air plans flights to Nairobi and Manchester from next year 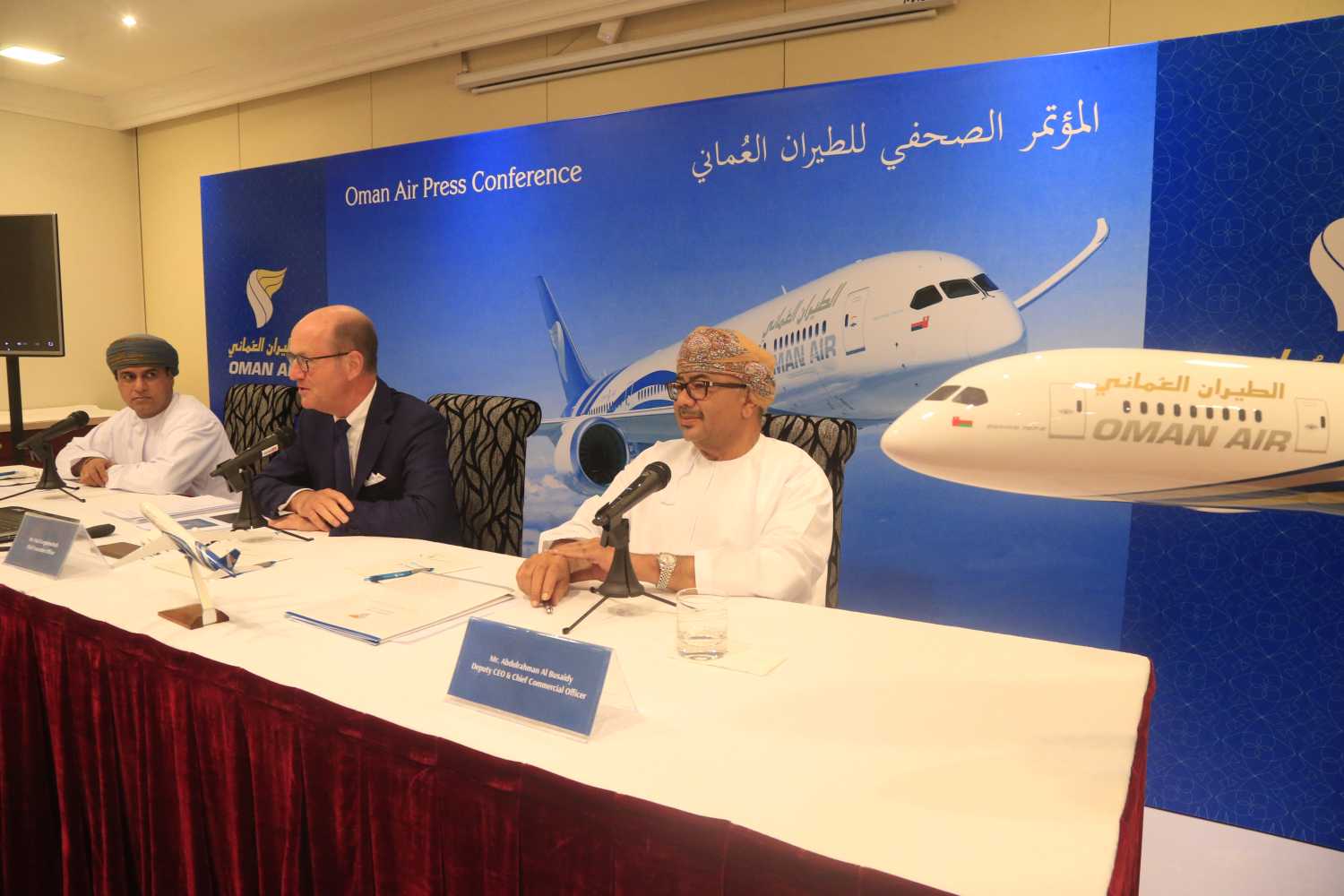 Muscat: A crew for the brand new first-class cabin aboard the Boeing B787-900 Dreamliner aircraft, and new flights to United Kingdom and Africa, were announced by the Sultanate’s national carrier Oman Air on Tuesday.
Officials said Oman Air plans to fly to Nairobi, Kenya and Manchester, United Kingdom in 2017, once the board approves it.
Besides these two destinations, Oman Air plans to increase its flight frequency to a large number of destinations, including Zurich, Riyadh, Paris and Jakarta.
Regarding flights to India, Oman Air’s Chief Executive Officer (CEO), Paul Gregorowitsch said they are waiting for traffic rights to be revised.
According to a revised agreement between India and Oman in November 2015, carriers from both countries can fly 21,149 seats per week.
The airline currently operates 126 flights a week between Oman’s capital Muscat and various destinations in India. “Once revised, we may look at starting flights to Amritsar, Mangalore, and Kolkata besides increasing the flights to other destinations,” officials said.
Regarding Manchester, Chief Commercial Officer of Oman Air, Abdulrahman Al Busaidy, said: “A major highlight of our summer schedule will be our daily flight to Manchester, complementing the double daily service we currently offer to London. The new service will provide easy access for international visitors in the north of United Kingdom and many more British travellers will enjoy the convenience of connecting with Oman Air’s global network.”
Oman Air’s fleet size currently stands at 45 aircraft, with at least two more Boeing 737s expected to be delivered before the end of the year, and four more Boeing 787s due for delivery over the next
two years.
CEO Gregorowitsch described how Oman Air’s network has grown along with its fleet expansion. “Besides increasing the number of destinations, customer choice has been further broadened through the strategic use of code-share agreements with airlines that share Oman Air’s commitment to quality. The company currently operates code-share partnerships with Emirates Airlines, Ethiopian Airlines, Royal Jordanian, Turkish Airlines, Sri Lankan Airlines, KLM Royal Dutch Airlines, Garuda Airlines, Saudia and Thai Airways.”
“Oman Air has enjoyed a long history of working closely with commercial partners to deliver added value for our customers. The positive and productive code-share partnerships that we have entered into offer an expanded range of choices and increased convenience, and are also an excellent way of introducing more air travellers to Oman Air’s onboard products, hospitality and network.”
“We have no current plans to seek membership of one of the global airline alliances, but we will be developing some exciting tactical partnerships. As a result, we will be working closely with One World; with Star Alliance members Lufthansa, United Airlines, Turkish Airlines and with SkyTeam members Kenya Airways and KLM.”
“Furthermore, we remain committed to the partnerships we have successfully developed elsewhere within our business. These include our work with Cargolux, moving freight between Europe, East Africa, the Middle East and India; with freight handling specialists SATS; and with Menzies Aviation, for ground handling in Oman. In addition, Oman Air has signed agreements with service providers, such as Sixt, Bank Muscat, Shangri La hotels and resorts, Rocketmiles, the Al Nahdha Resort and Spa, and Muscat Duty Free, among various others that increase the mileage earnings of our FFP members.”
The accelerated fleet and network growth has required significant investment in new aircraft and landing slots, reported Gregorowitsch. However, further major investment has also been made in many other areas of Oman Air’s operations.
Additional investments in a forthcoming new crew village at Muscat, crew reporting, flight simulators, headquarters infrastructure and management information systems are facilitating more efficient and effective delivery of Oman Air’s services, added Gregorowitsch.
Abdulaziz Al Raisi, executive vice president, Products and Brand Development, described how new menus had been developed for First-Class, Business-Class and Economy-Class customers flying in European sectors. Guests at the press conference were invited to inspect the menus, which feature improved bakery products, a range of gourmet sandwiches and a selection of refreshed Omani dishes.
Al Raisi went on to detail major changes in cabin service and branding at Oman Air.
These include the introduction of improved in-flight entertainment systems, which offer a wider choice of recently released Hollywood movies and a broader range of TV programmes. A new safety video, which showcases destinations in Oman, together with its rich historical and cultural heritage, will also be introduced.
Al Raisi continued: “We are delighted to announce that Oman Air will unveil a brand new first-class cabin aboard our Boeing B787-900 Dreamliner aircraft, which will be delivered in 2018. The new cabin will build on the powerful reputation that Oman Air has attracted for the luxury and exclusivity of our current first-class cabin.”