Rio Olympics was like a cold war, says Russian Efimova 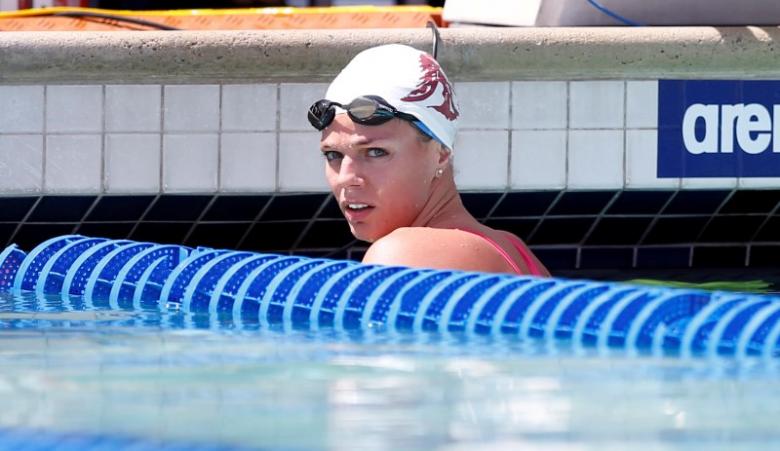 Moscow: Russian Yulia Efimova, who won two Olympic silver medals this month after being cleared to compete in Rio following a doping ban, has compared swimming in the Games to being at war.
Initially excluded from the event because of her doping record, the 24-year-old won a last-minute legal challenge to the Court of Arbitration for Sport (CAS) and finished second in the 100 and 200 metres breaststroke in Brazil.
"I felt under pressure from the sportsmen, the fans, the press. This was awful and it was not like being at an Olympics, which usually unites people. This was not a competition, but a war - a old war," Efimova told a news conference on Wednesday.
The four-times world champion announced in March that a doping test had shown she had taken the banned drug Meldonium and she was subsequently banned from all competitions.
But Efimova was cleared in July after the World Anti-Doping Agency (WADA) acknowledged there was a lack of scientific evidence over how long Meldonium takes to be excreted from the body.
"The fact that my doping tests were taken abroad really helped me to compete in the Olympics," Efimova said. "If they had been taken in Russia, then this would have been a harder question."
Efimova was disqualified from swimming for 16 months in 2014 after traces of the anabolic steroid DHEA, which speeds up metabolism and helps with weight loss, were found in her system at an out of competition test in Los Angeles in 2013.
Rio jeers
In Rio, she was jeered by the crowd and her main rivals, Americans Lily King and Katie Meili, refused to congratulate her on winning a silver medal in the 100 breaststroke.
"Of course, it was difficult for me in Brazil. A few people with whom I used to get on with well, now won't even say hello to me or will just look at me in a strange way," Efimova said.
"In terms of King and Meili, I only saw how they behaved on a recording. This was really unsporting behaviour. I understand that King is still young, but people should not behave like that. Then she tried to say sorry. I do not hold any grudges against anyone," Efimova added.
She believes the pressure put on Russia will only increase after the Olympics. Of the 387 Russian sportsmen and women who were named in the preliminary squad, only 271 were able to compete in Rio.
The country's track and field athletes and weightlifters were barred over doping offences and only a handful of rowers were allowed to take part in the Games.
"It is a difficult situation. You can see what is happening - Russia has not been allowed to compete in the Paralympics. I think that at the Winter Olympics (in 2018 in Pyongchang), this pressure will be even greater."
Efimova has lived in California since 2011 where she was coached by American Dave Salo but she plans to leave the United States soon.
"He (Salo) is one of the best coaches in the world and especially in breaststroke," Efimova said.
"Now they have banned him from training me. I heard that all our international team will not be trained by him. Therefore, I do not see a point in staying as I was only in the U.S. because of Salo. There are a lot of countries and clubs that have invited me to train with them."
Efimova still dreams of winning an Olympic gold medal.
"I want to compete at the Olympics in Tokyo. I am even more motivated than I have ever been before," she said.