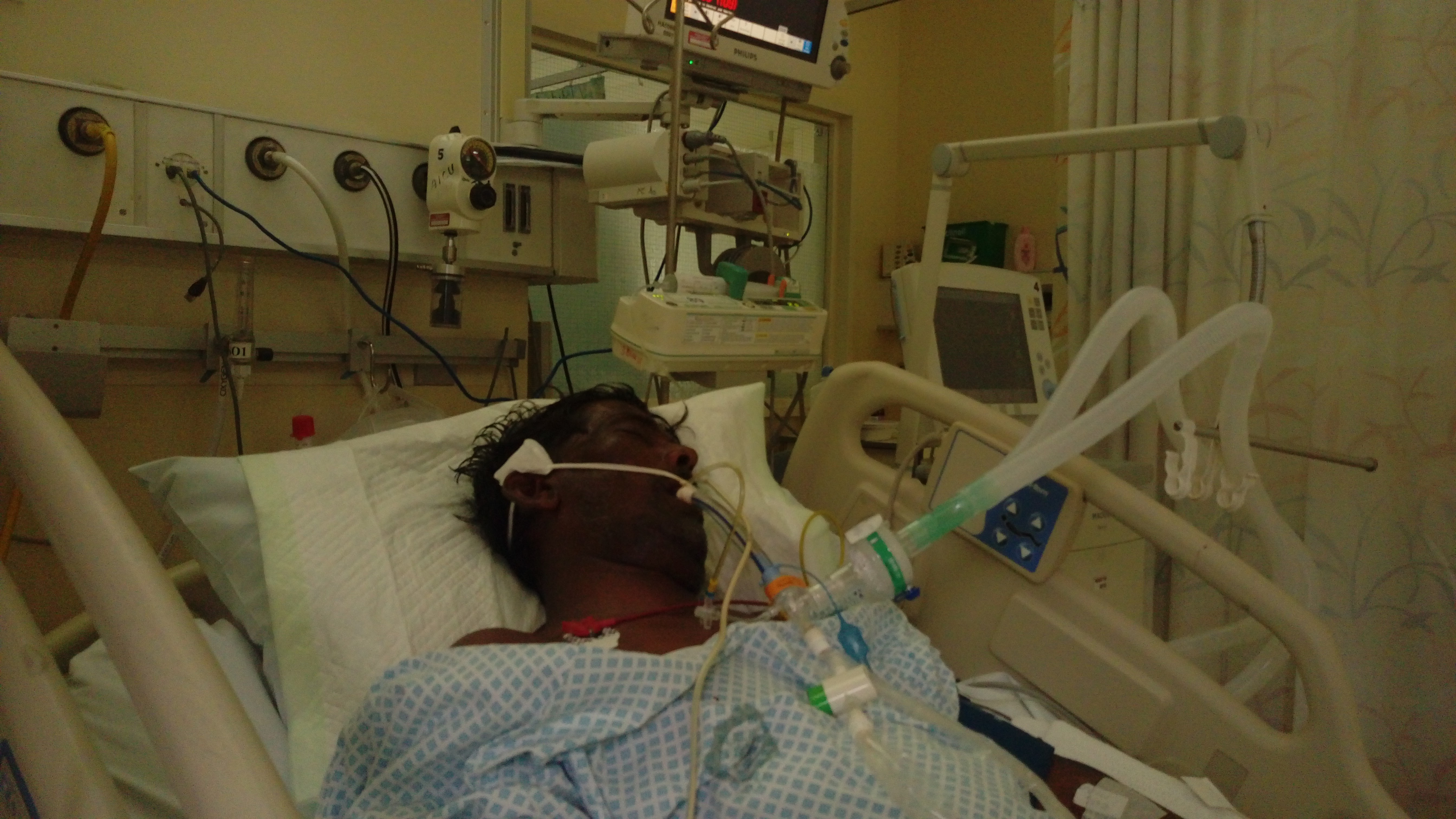 Latest: Sushma Swaraj steps in to help ailing Indian worker in Oman
Muscat: This is Bikku Prasad, an Indian worker who came to Oman hoping for a new life.
Now, he is clinging to his old one--a man on a ventilator trapped in limbo, he collapsed just three days after getting a job but his papers were under processing. He was on a visit visa for three months before getting a job.
Get your essential daily briefing delivered direct to your email inbox with our e-newsletter
Without correct papers, he is also stuck in bureaucratic limbo, with nobody ready to pay his medical bills. Had he come to Oman through proper channels, his hospital treatment would have been covered.
Instead, he came on a visit visa and then found a job. He had not received his labour card when he collapsed at work.
Indian social workers have urged people to take job offers through official channels as the number of undocumented workers is rising in Oman.
“When they land in trouble after migrating through unofficial channels, they are left alone to struggle,” Kabeer CV, an Indian social worker in Muscat, said.
Bikku, who came to Oman on a visit visa, took up a job without following official procedures. He is now battling for life at a hospital in Muscat without much help.
“On the third day of accepting the job, he fell unconscious. Medics are saying that he has suffered a cerebral stroke and the chances of recovery are remote,” said Kabeer.
“As his documents were under processing, we can say that he is an ‘undocumented worker’ at this stage. He cannot claim any health insurance or is not going to get any compensation,” Kabeer added.
Virendar Prasad, Bikku’s brother, who is also in Oman, said that medics have lost hope in saving his brother.
“Now, everything is in the hands of the Almighty. Brother has family back in India. He came on a visit visa. Now, this has happened. Don’t know what to do,” Virendar said. The Indian government implemented the e-Migrate system in August 2015, to ensure safe migration and welfare of Indian migrant workers.
If a worker uses e-Migrate system, the government of India not only guarantees safe migration but also provides free-of-charge insurance cover to the worker.
Indra Mani Pandey, the Indian Ambassador to Oman, said that the e-Migrate system is aimed at protecting the rights of Indians working abroad.
“I appeal to Indian nationals, who wish to seek opportunities for employment abroad, to follow the process under e-Migrate system,” the Indian ambassador said.
Another social worker in Muscat said that this is not the first such case.
“Many times, we come across such cases. Indian embassy will also be in a difficult situation to handle such cases. We always advise potential migrants to follow official channels but they fail. It is like ignorance is bliss for them,” Shaji Sebastin, an Indian social worker for the last three decades, said.
Rafeeq Ravuther, an Indian migrants’ rights activist, said that people taking up jobs abroad via unofficial channels should be dealt with seriously.
“The Indian government has a safe migration system in place, but many try to bypass it. This is a serious issue,” Rafeek , director at Centre for Indian Migrant Studies, said.
“I know two cases of Indian women migrants being moved into Oman through unofficial channels. The cases are with the Indian embassy now. People should refrain from taking up jobs through unofficial channels. When they land in trouble, they will not get any help. Their status in host country will be in confusion and at sending country it will be illegal,” Rafeek added.
According to Oman government statistics, there are around 650,000 Indians working in Oman.