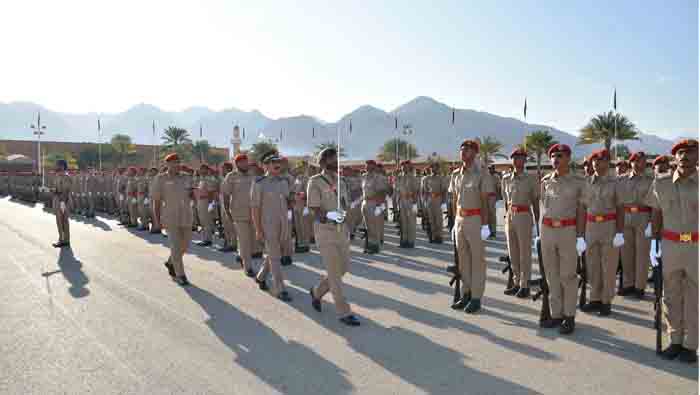 Muscat: The Royal Army of Oman (RAO) celebrated at the Sultan’s Armed Forces (SAF) Training Regiment yesterday the graduation of a new batch of recruits.
The ceremony was held under the patronage of Maj.Gen Hamad bin Sulaiman Al Hatmi, Assistant Inspector General of Police and Customs for Operations.
The graduation ceremony began by performing the military salute to the chief guest who inspected the first column of the graduates. Then, the graduates paraded in a slow march to the tune of the RAO Musical Band.
The chief guest handed over appreciation awards to top graduates.
At the end of the ceremony, the graduates took the oath of loyalty and proclaimed thrice Long Live His Majesty Sultan Qaboos bin Said, the Supreme Commander of the Armed Forces.