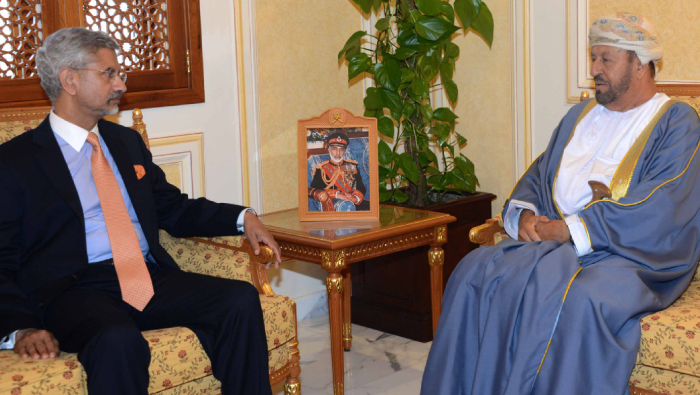 Muscat: Sayyid Badr bin Saud bin Harib Al Busaidi, Minister Responsible for Defence Affairs received in his office at Mu’askar Bait Al Falaj on Tuesday Dr S. Jaishankar, Minister of External Affairs of the Republic of India, currently visiting the Sultanate.
The meeting exchanged cordial conversations and reviewed fields of the existing cooperation between the two friendly countries. It also discussed a number of matters of common concern.
The meeting was attended by Mohammed bin Nassir Al Rasbi, Secretary General at the Ministry of Defence, the Indian Ambassador to the Sultanate and members of the delegation accompanying the guest.