It won't be easy for Bayern: Dortmund, Leipzig 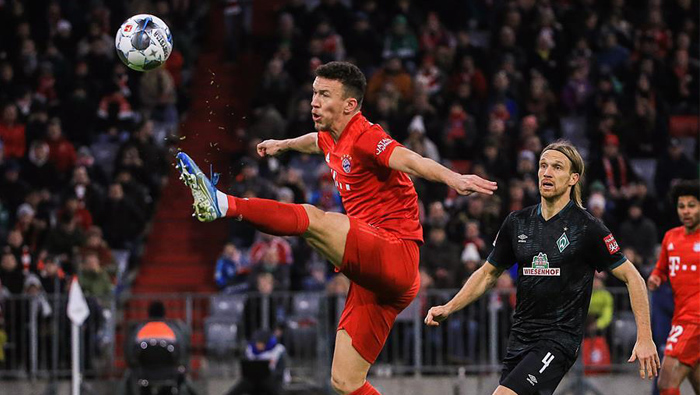 Berlin: The breath-taking 3-3 between Borussia Dortmund and RB Leipzig allows several conclusions. The most important one might be: It won't be easy for the ruling German Champion Bayern Munich to defend their domestic trophy this year.

Next to Borussia Moenchengladbach, Dortmund and Leipzig remain serious challengers when it comes to the battle for the national title.

The leading clubs of the German Bundesliga confirmed this season is most likely delivering a nail-biting finish for fans until the 34th and last match-day in May 2020.

The Blacks and Yellows proved they are back in the race after a significant tactical system change. Parvenu Rasenballsport showed the young team has learned to deal with pressure and is willing to strike back after a setback.

What is behind the upswing of Dortmund and Leipzig? And what does the height flight mean for the last-16-round of the Champions League with Dortmund facing Paris St Germain and Leipzig taking on Tottenham Hotspur?

DORTMUND
Four victories and a draw out of the last five games tell the story for the 2012 German Champion. Coach Lucien Favre turned things from red to green as he gave up his doubts regarding a system change.

Team and club leaders demanded a riskier approach after several setbacks. A few weeks ago, the 62-year-old Swiss, counting on a reluctant style, received a warning he might get the sack shortly.

It speaks of character strength that an experienced manager like Favre paid attention and crossed his borders. Dortmund changed to a 3-5-2 system with Julian Brandt in the role of a transition-point in midfield.

With a left and right back placed along the midfield flanks and three central defenders, Borussia develops a power that can hardly be controlled by their opponents. The side's variability has increased as its options upfront have.

Facing an attacking opponent, the team can change to a back-row of five and close spaces.

LEIPZIG
A draw is not inevitably a disappointment for a league leader. The stunning comeback after being down by 2-0 is a significant step for a promising but inexperienced team from East-Germany.

"This is a new level for our team," RB CEO Oliver Mintzlaff commented at half time. "We need to show we can deal with high-quality opponents. I am counting on a better second half with us showing more robustness."

A little help was needed to open the doors for Leipzig.

Coach Julian Nagelsmann has lifted his side to a new level adding more ball-possession parts to the fast-forwarding game.

INTERNATIONAL ISSUES
Both might have developed to promising rivals for Bayern in the German league. But to survive the last-16-round of the Champions League, further improvements seem inevitable. Paris and Tottenham will take advantage of any mistakes and won't allow a successful comeback.