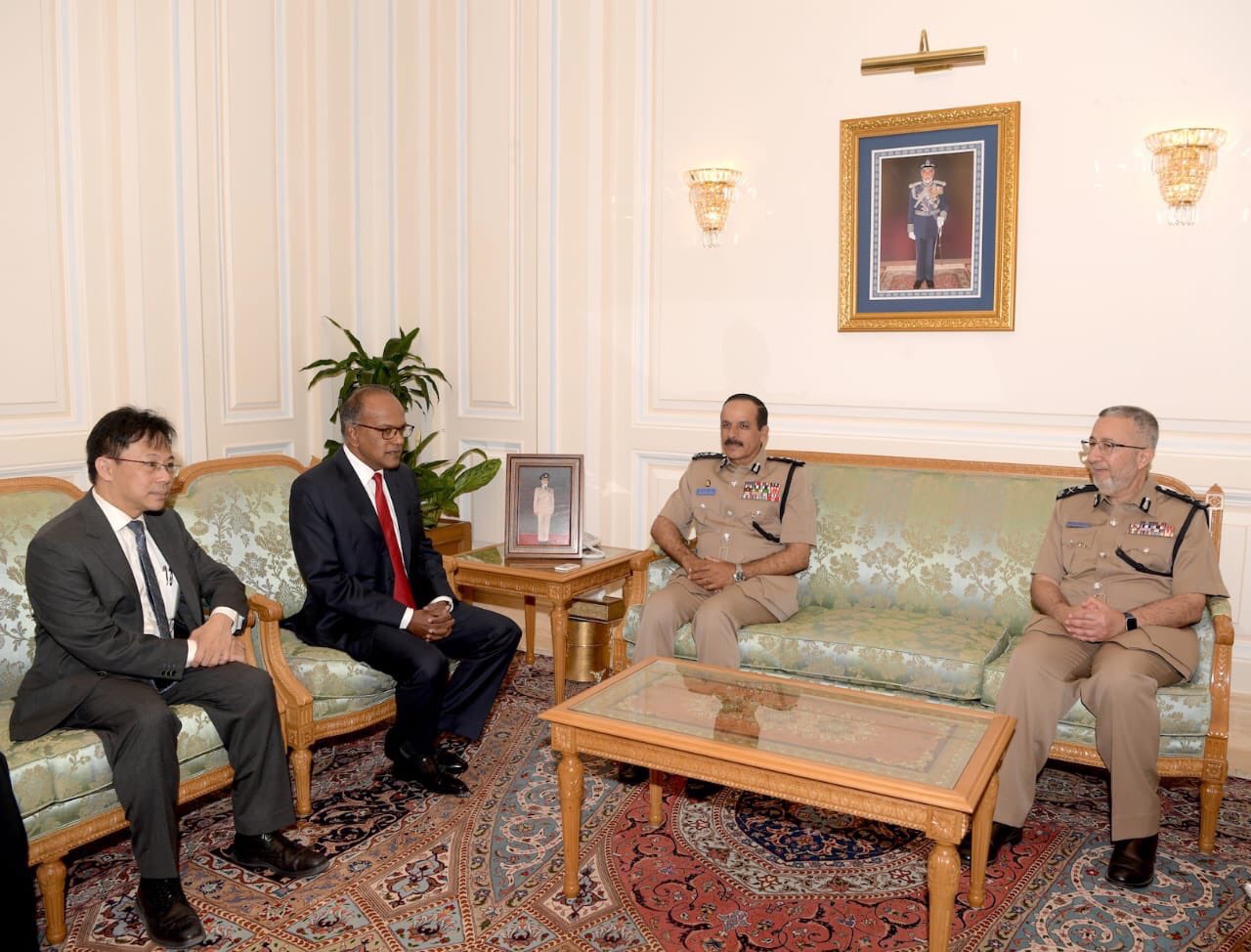 A statement by Royal Police Oman said that, ”His Excellency General Lieutenant Hassan bin Muhsin Al Shariqi, general inspector of Police and Customs, received on this morning at his office HE Ki Chathamjam - Minister of Interior and Minister of Law of the Republic of Singapore and his accompanying delegation currently visiting the Sultanate.”