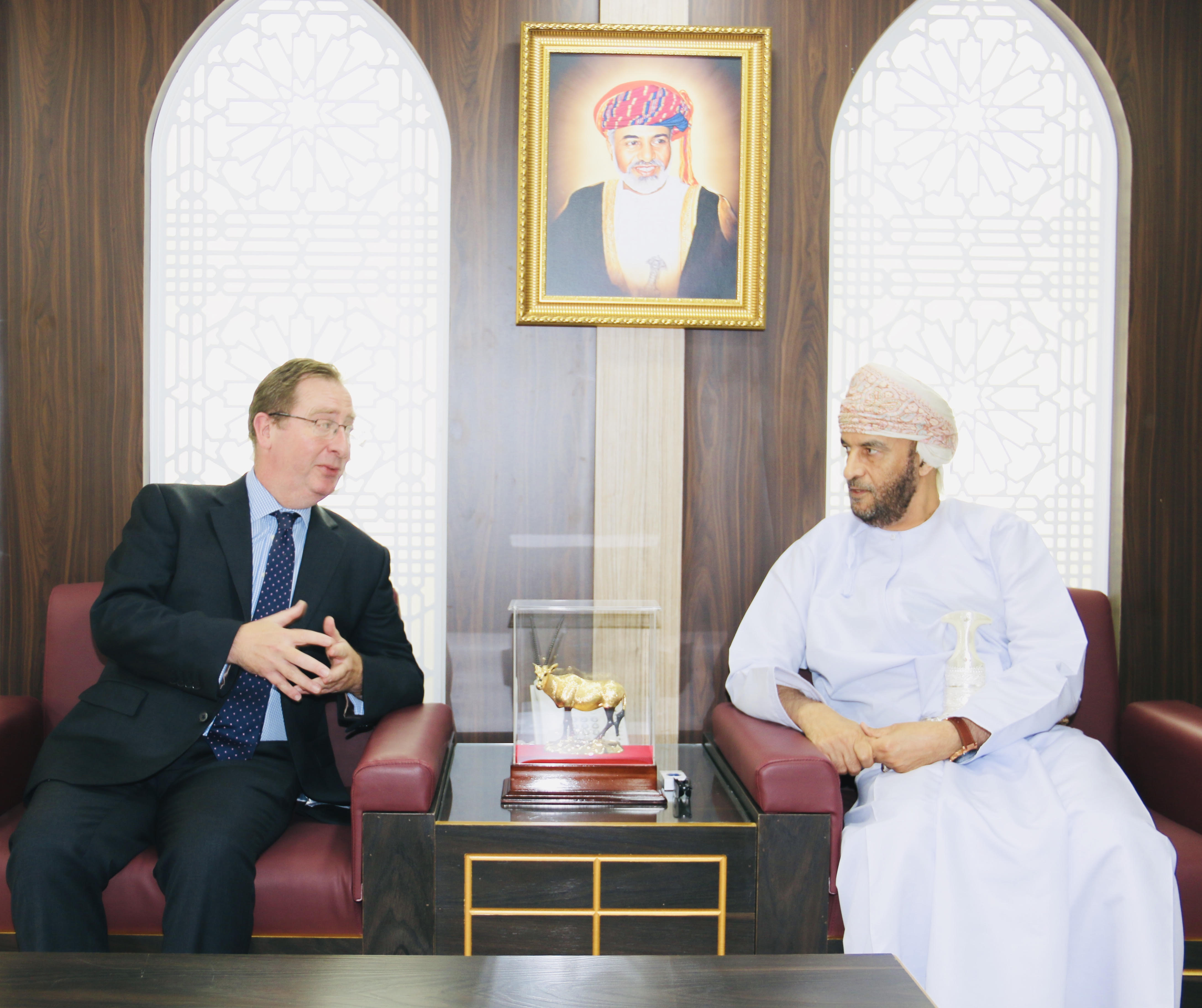 The OHRC chairman welcomed the Ambassador and introduced to him to the Commission, its objectives, responsibilities and its role in human rights related areas as well as its relations with national and international human rights organisations.

On his part, the Ambassador expressed his appreciation to the Oman Human Rights Commission for its efforts and activities in this field.

He also commended the mutual co-ordination and co-operation between the British Human Rights Commission and its Omani counterpart and whatever supports the two countries in this field.

The meeting was attended by Secretary General of the Commission, Dr Ali bin Abdullah Al Kalbani, and a number of concerned employees from OHRC.