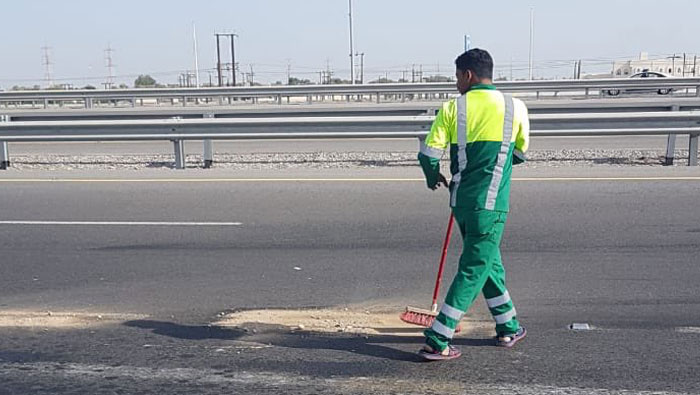 Muscat: A malfunctioning truck disrupted traffic this morning in the street opposite the German University when it unloaded sand onto the road.

The truck's malfunction caused large amounts of sand to spill on to the street. An official source in Al Mabaila police station said that no accident occurred due to this disturbance, but urged people using the road to be cautious.

An official from the the Royal Oman Police (ROP) traffic police in Al Mabaila told Times of Oman: "A truck loaded with sand malfunctioned in some way which caused it to sway on the road and spill sand."
**media[1056135]**

"This has of course affected traffic in the area as vehicles swerved to avoid the sand, but no collisions have resulted. The Municipality is there at the moment and is dealing with the road blockage to facilitate the smooth flow of traffic again."

A statement by Muscat Municipality explained that oil had also spilled onto the road and asked drivers to be alert.

The statement said, “Muscat Municipality in Seeb is dealing with the remnants of a traffic incident in the street opposite the German University. We ask the users of this street to be cautious because of the presence of oil on the road and workers who are required at the site, " the statement added.
**media[1056136]**