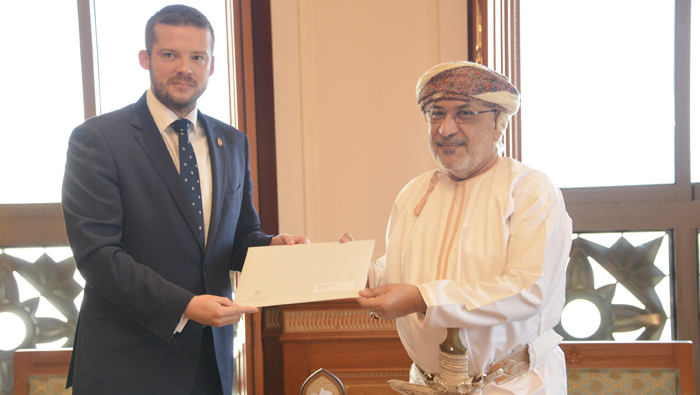 Muscat: State Council Chairman, His Excellency Dr Yahya bin Mahfoudh Al Manthri, received a written message from the Speaker of Hungary’s National Assembly, Laszlo Kover, on Tuesday.
The message was concerning the strengthening of relations between the two countries in all fields, especially parliamentary.
The message was delivered by Stefan Krijack, charge d‘affaires at the Hungarian Embassy in the Sultanate.
The Council Chairman underscored the march of the existing friendship between the two countries in political, economic and trade, especially in parliamentary fields and stated that there are many opportunities to deepen mutual relations.
On his part, Krijack appreciated Sultanate’s role in laying the foundations for dialogue, supporting stability of the region and strengthening international peace and security and the visible country wide development under the leadership of His Majesty Sultan Qaboos bin Said and wished Sultanate further progress and prosperity .