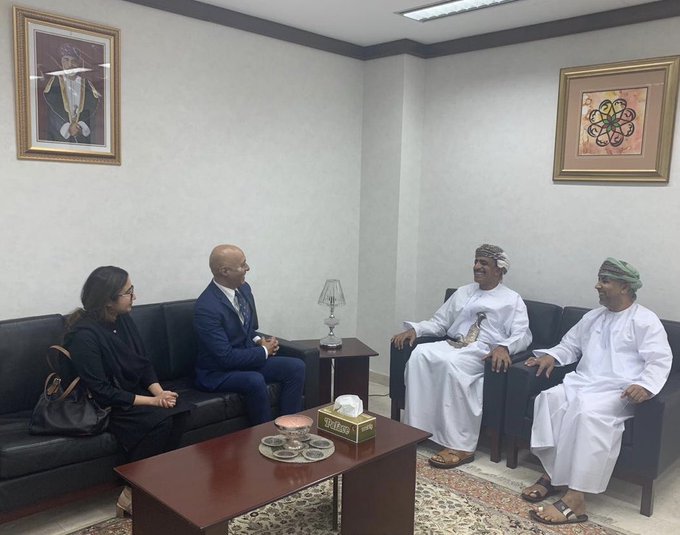 Muscat: Mohammed bin Yousef Al Zarafi, the Undersecretary for Administrative and Financial Affairs at the Ministry of Foreign Affairs received in his office Ali Javed, the Ambassador of Pakistan to Oman to bid him farewell at the end of his tenure as his country’s representative to the Sultanate.

The Undersecretary expressed his deep appreciation for the efforts made by the ambassador during his tenure in the Sultanate.