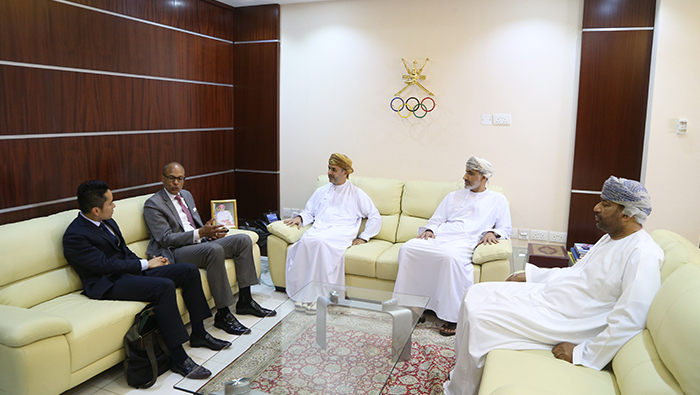 During the meeting, several issues of common concern had been discussed, including the accession of the Oman Fencing Committee as a new member of the International Fencing Federation where the accession procedures state that delegates from FIE shall visit the requesting country to ensure its eligibility.

The delegates met some officials at the Ministry of Sports Affairs and Oman Fencing Committee's Board of Directors. They also visited the training hall and met the coaches and players. The delegates appreciated the Sultanate's efforts on supporting the sport and its athletes and they expressed their keenness and interest in coordinating with FIE to promote and develop the sport within the Sultanate.

The official membership of Oman Fencing Committee in FIE shall be approved at the annual meeting of the Ordinary General Meeting of FIE to be held in November this year in the presence of all the Fencing International Federations' presidents.

It is worth mentioning that the Oman Fencing Committee was established on January 8, 2019 and is headed by Khaled bin Saeed Al Shuaibi. The number of members is 80 with a team formed of 20 players for the types of weapons (Cyber, Foyle and Epee)