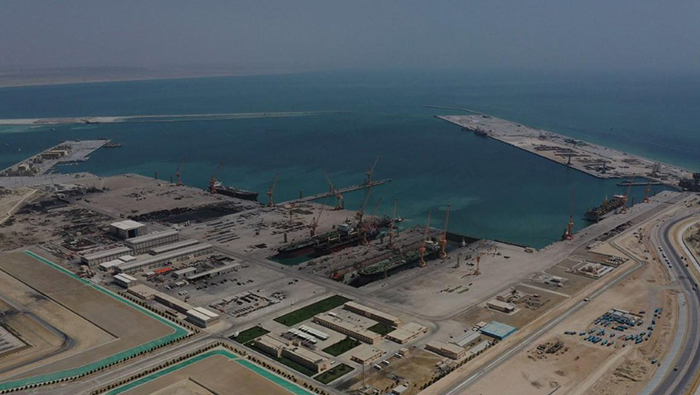 Muscat: The Special Economic Zone Authority of Duqm (Sezad) is witnessing rapid transformations at various levels. In the first half of 2019, the Sezad signed 34 new usufruct agreements. The investors want to set up 16 projects in the industrial sector, 11 in the field of commercial residential investment, four in the tourism sector and three projects in the field of fish industries.
Omani investors accounted for 73.5 per cent of the total number of projects in 25 projects. The list of investors who signed usufruct agreements with Sezad in the first half of 2019 include investors from China, India, Kuwait, the UAE, Qatar, Jordan and Lebanon.
In the first half of 2019, Sezad signed several agreements in the field of roads to link the various investment zones. The authority intends to pave above 86 kilometres of new roads over in the coming period.
According to statistical data issued by Sezad, the number of infrastructure projects under implementation reached 26 by the end of 2018, of which 15 are in the construction sector, 11 in the field of consultancy services, 8 in tender fields and 4 projects in the field of maintenance.
The multi-purpose port of Duqm is one of the most important government projects implemented in Sezad. It is distinguished by its geographical position on the international shipping lines and near the African and Asian markets. The inner basin of the port is 19 metres long and includes a commercial berth of 25.2 km long and 350 metres wide. The port also includes a one-kilometre governmental berth. The port of Duqm began to benefit from the infrastructure of the first port package by early operation of the cargo and equipment handling activities, especially those associated with the oil and gas fields.
This year witnessed the official opening of Duqm Airport, which can accommodate 50,000 passengers annually. The airport has a runway designed to receive all types of aircraft and their various sizes, and a complete system of air cargo. The airport connects Sezad to the outside world to transport passengers and shipping cargo.
The Duqm refinery is the largest joint venture between two Gulf states. It is a joint venture between Oman Oil Company (OOC) and Kuwait Petroleum Company (KPC). The project's construction packages include the main CPUs of the refinery, public facilities, project support services, in addition to oil storage facilities at Ras Markaz and 80 kilometres oil pipeline from Ras Markaz to the refinery complex. The refining capacity is 230,000 barrels per day. The refinery signed last year financing agreements with many local and international financing agencies worth $ 4.6 billion, through 29 funding institutions from 13 countries and guarantees from three major global export credit institutions.
Sezad is currently witnessing the establishment of the fishing port and the fish industries complex. In 2019, Sezad increased the depth of the port to 10 metres instead of 6 metres to attract large fishing vessels operating on the high seas and increasing the economic value of the port, which will become the first port in the Sultanate with such depth.
Sezad is also working on the preparation of the comprehensive plan for the fisheries industries, which aims to prepare a comprehensive plan for all possible infrastructure projects for the fisheries industry to maximise investments in the fishing port.
In addition to government projects, Sezad is witnessing the implementation of several projects for the private sector. The number of usufruct agreements with the private sector reached 196 agreements at the end of 2018, with investment costs estimated at $14.2 billion.