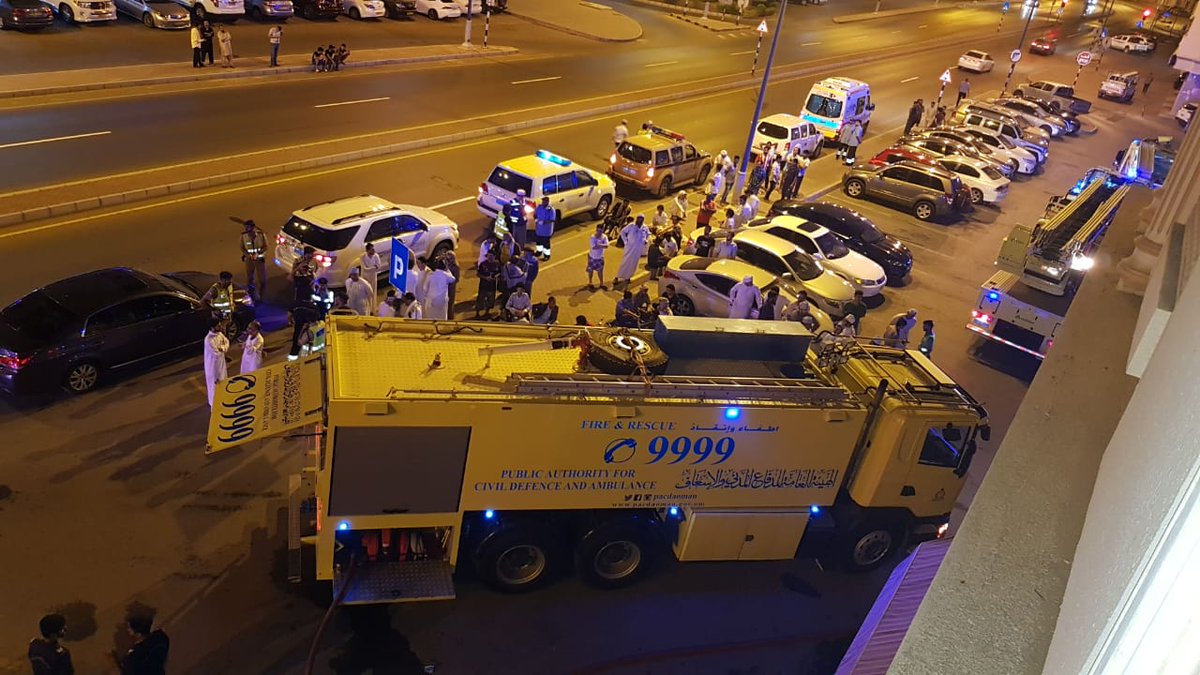 Muscat: A fire broke out at a hotel in Muscat governorate on Monday, which resulted in four people being injured.

The Public Authority of Civil Defense and Ambulance (PACDA) announced that the nature of the injuries sustained ranged from minor to serious.

In a statement, PACDA said, "Firefighting team managed to extinguish a fire that broke out in a hotel in wilayat Bausher in Muscat governorate. The guests of the hotel were evacuated and those trapped were rescued by a hydraulic crane."

"The incident resulted in four injured sustaining minor and other critical injuries. Emergency medical care was provided to them on the site and they were taken to the hospital by ambulance," PACDA added.