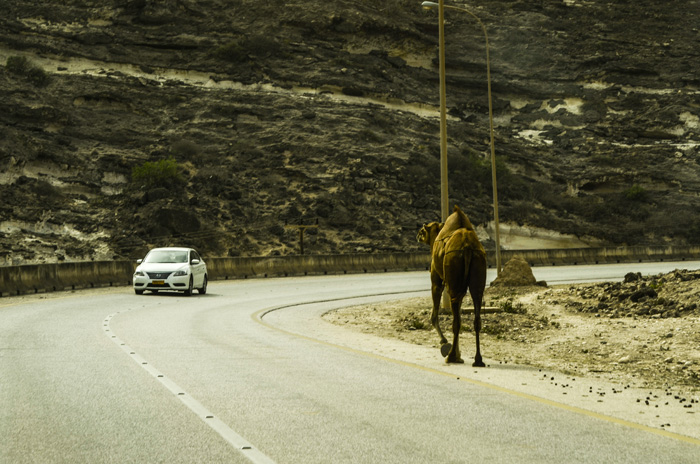 Muscat: With the start of the Khareef season in Salalah, the Royal Oman Police (ROP) has shared a number of tips for visitors who are hoping to enjoy the area’s gorgeous weather and amazing attractions during the coming months.
Captain Zaid Al Awaid of the Special Tasks Unit in Salalah, told Times of Oman about the ROP programme Al Ain Al Sahira (Watchful). “Unfortunately, we noted a tendency for drivers to stop their vehicles in dangerous locations, such as steep inclines on the top of mountains or on the bank of the wadi. Naturally, the Khareef season is rainy and dirt could slide out under a vehicle parked in these areas.”
“There is a danger there of being swept away and unfortunately, we have seen some cases occur due to this mistake. We would ask drivers to use the proper parking spaces,” he added.
Brigadier Mohsin Al Abri, Chief of Dhofar Police Command, said: “We depend on the assistance of visitors and residents to make the ROP’s activities a success. The cooperation that we noted last year contributed to lowering the number of incidents, such as traffic accidents and drowning among others”.
Brigadier Al Abri stressed the importance of safety around water, especially since waves and currents are stronger and water levels are higher, particularly in the springs and wadis. He also advised watching out for stray animals in the streets of the governorate.
While visitors last year liaised well with the traffic police in Salalah, they should also remember to stay calm while in traffic and stick to the rules of the road. “This year we call on visitors and residents to increase their cooperation even further,” he added.
Lieutenant Colonel Abdullah Al Ghassani, Director of Traffic in Salalah, also praised the cooperation seen from visitors the year before, and added, “While we found most visitors extremely receptive, we ask drivers to remember that the rules and regulations are for their safety. The most important thing to highlight is drivers overtaking other vehicles from the right side at busy roundabouts. This is wrong because the driver ignores others who are driving correctly.”
Drivers should also remember to clean mud from their license plates to make the ROP’s job easier.
Al Ghassani said: “Since rain and mud is likely, we would ask that drivers clean their vehicles and their license plates. This helps us monitor them if there is reason to find them, for example in the case of violations.”
“The areas around Awqad, Ateen and Burj Al Nahdha roundabouts can become congested because they see a large number of vehicles. However, we have planned for that. At each of these roundabouts, we have allocated three or four patrols to ease the flow of traffic. As each lane becomes busy, we will move drivers to another lane. We hope to have a presence throughout the Governorate, but especially at Ateen Roundabout, as there will be many tourists there in the evening,” he added.
Visitors to Salalah should be aware of flight rules if they are coming by air, especially with the inauguration of new flights from Bahrain to Salalah International Airport.
Lieutenant Colonel Mohammed Al Katheeri, Director of Airport Security at Salalah International Airport, said: “We would like to remind travellers not to carry substances and objects which are safety hazards on a flight. This will also make it easier for them to move through security more quickly and easily.”
“Of course, we always work hard, but during this season we have to double our efforts because of the increase in flights. Yesterday we saw the first flight from Bahrain to Salalah, and there will be three of them every week. There are also other new flights which will begin operating in the coming period.”