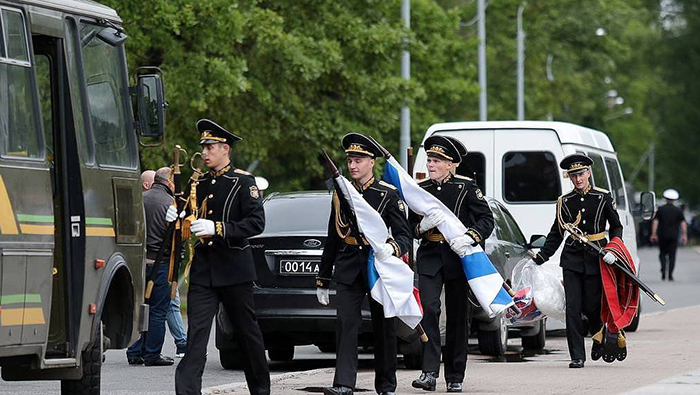 St. Petersburg: Submariners, who were killed by an accident at a Russian Navy submersible in the Barents Sea earlier this week, were buried on Saturday at St. Petersburg’s Serafimovskoye cemetery, a TASS correspondent reported.
The mourning ceremony with limited attendance was held near the memorial to sailors, who died during the Kursk submarine accident. Access to the cemetery was restricted.
Along with relatives and friends of the victims, senior officials were present at the ceremony, including Russian Navy commander Adm. Nikolai Yevmenov, Russian Deputy Defense Minister Andrey Kartapolov, acting St. Petersburg governor Alexander Beglov and other members of the city legislature and government.
The ceremony was held in full compliance with the Russian military regulations.
Russia’s Defense Ministry said in a statement released on Tuesday that 14 submariners had died aboard a research submersible in Russian waters on July 1 "as a result of inhaling combustion products after a fire broke out during bathymetric measurements." The fire was extinguished "thanks to the self-sacrificing actions of the crew," the Russian Defence Ministry said.