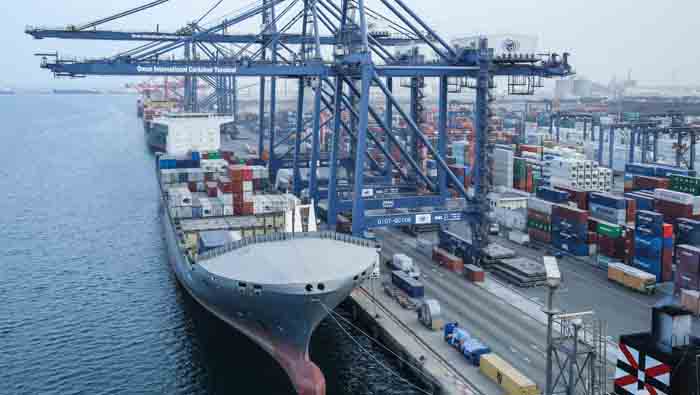 Muscat: The Executive Board of the International Monetary Fund (IMF) has welcomed steps taken by Oman over the past few years to enhance private sector growth, reduce spending growth, diversify government revenue, and improve the business environment.
They noted that economic activity had started to recover last year and that the fiscal and current account deficits improved.
On June 7, 2019, the Executive Board of the International Monetary Fund (IMF) concluded the Article IV consultation with Oman.
While welcoming the authorities’ plans to continue with fiscal consolidation, Executive Directors of IMF called for an expeditious introduction of value added tax (VAT) and measures to adjust government expenditure. They also encouraged the authorities to lay out and implement an ambitious medium-term fiscal adjustment plan, based on reforms to tackle current spending rigidities, streamline public investment, and raise non-hydrocarbon revenue, while prioritising measures that limit the impact on growth and place more of the adjustment on those who can best shoulder it.
Noting the importance of enhancing fiscal governance and transparency, Directors also suggested that a formal medium-term fiscal framework would help anchor fiscal consolidation and limit implementation risks. In that context, the authorities’ plan to carry out a Public Expenditure Review with the support of the World Bank would be useful.
Directors concurred that the exchange rate peg to the US dollar had delivered low and stable inflation and remained appropriate. With external buffers, albeit currently adequate, projected to continue to decline, Directors noted that the recommended fiscal adjustment would be key to bring the external position more in line with fundamentals, bolster external sustainability, and support the currency peg.
Notwithstanding strong financial sector soundness indicators and ongoing efforts to further strengthen its resilience, Directors called for continued attention to regulation and supervision and further efforts in enhancing the AML/CFT framework, which would help support correspondent banking relationships.
Directors commended the ongoing implementation of the Tanfeedh Program with a focus on economic diversification and job creation. They encouraged further reforms to address labour market rigidities including by better aligning public-sector compensation with that of the private sector and by addressing skills mismatches through higher quality education and training. They also encouraged further SME development including through better access to finance, to raise productivity.
Economic activity is gradually recovering and Staff estimates that, after reaching a low of ½ per cent in 2017, real non-hydrocarbon gross domestic product (GDP) growth has increased to about 1½ per cent last year, reflecting higher confidence driven by the rebound in oil prices.
Furthermore, oil and gas production increases boosted hydrocarbon GDP growth in 2018 to an estimated 3.1 per cent. These developments brought overall real GDP growth to 2.2 per cent. Non-hydrocarbon growth is projected to increase gradually over the medium term, reaching about 4 per cent, assuming efforts to diversify the economy continue.
Preliminary budget execution data indicate an improvement in the overall fiscal balance last year. The fiscal deficit is estimated to have declined to about 9 per cent of GDP from 13.9 per cent of GDP in 2017, reflecting higher oil revenues. However, gross government debt increased by 7 per cent of GDP last year (to 53.5 per cent of GDP).
Preliminary data indicate that a substantial pickup in exports, primarily hydrocarbons, combined with an estimated decline in imports, helped reduce the current account deficit by about 10½ percentage points of GDP (to 4.7 per cent of GDP). External buffers have remained broadly stable, with an increase in central bank reserves broadly offsetting a decrease in the value of external assets in the State General Reserve Fund, Oman’s sovereign wealth fund.
Private sector credit growth has somewhat moderated, and interest rates have increased due to US monetary policy normalisation. Banks benefit from high capitalisation, low non-performing loans, and strong liquidity buffers.