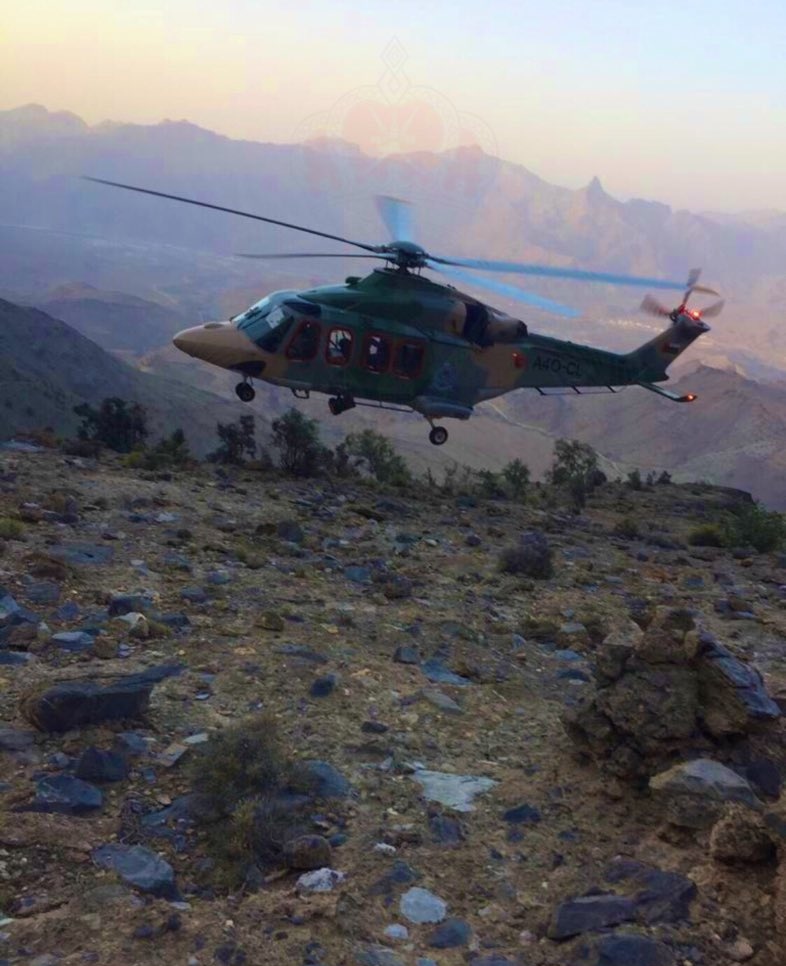 Muscat: A climber was safely airlifted after she fell off a mountain in Al Rustaq.

The ROP said in a statement that police aviation units have "performed a rescue operation for a woman after she fell off a mountain in one of the difficult mountainous areas in Wadi Al Sahtan in Al Rustaq."

According to the ROP, the woman has been taken to Al Rustaq Hospital to be treated after the fall.