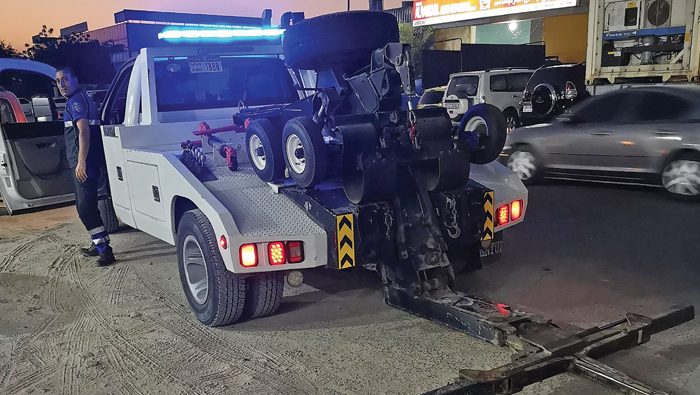 Muscat: An Omani man, whose car broke down in the middle of a busy Dubai road, has praised the Dubai police for their efforts in saving his family before the worst could happen.
At 5 pm on Saturday, June 29, 2019, Jamal bin Suleiman Al Kamshaki and his nine family members left their hotel in Dubai, in the United Arab Emirates to make their way back to Sohar. However, on the airport road, the gearbox of their SUV malfunctioned and stopped working.
Stuck in the middle lane of the busy road, Al Kamshaki feared for the life of his family members whose ages ranged from two to 65.
Recalling that horrific day to Times of Oman, Al Kamshaki said: “I was so scared, I didn’t know what to do, I had children in the car and my elderly uncle. On my left, there were three lanes and cars driving at a speed of 100km/hr and on my right was the same. I reached a point where I was about to collapse. I didn’t know what to do, all I wanted was to get my family out of there, I didn’t care about the car.
“Because of our location, it would have been very easy for a driver to doze off or get distracted and hit us. We waited there for about 15 minutes before a Pakistani national stopped behind us and turned on his hazard.”
Al Kamshaki was relieved by the actions of the expat which alerted drivers behind him of the situation. “I went to him, and he was so worried that something would happen to me and my family. He said that it would be better if something happened to him than to us,” Al Kamshaki said.
At that point the brave Pakistani called the police for help, “Within a few minutes from when we contacted operations, the police arrived.
“They were so quick. The expat refused to leave us until the police arrived.When the officers reached, they told me that this location is very dangerous and there have been incidents where people have lost their lives,” added Al Kamshaki
A few minutes after the police arrived, so did the tow truck. Al Kamshaki’s vehicle was sent to the police garage to be repaired free of cost.
“The police officers refused to let me go once the car was moved, they followed me to the garage to make sure the car was fixed and even after that, the police car escorted me from the industrial area until in front of Dragon Mall, to make sure I would leave safely,” added Al Kamshaki. Al Kamshaki was overwhelmed by the support he received from the police and the expat during the horrific incident, and as such he posted a tweet expressing his thanks to the Dubai police for a sense of humanity and professionalism in handling the situation, as well as their quick response to his communication.
“I was very embarrassed by their kindness, I never expected that I did not know how to thank them. They didn’t just help me, they protected me and my family,” said Al Kamshaki.
As a result of his Twitter post directed to the Dubai police, His Excellency Major General Abdullah Khalifa Al Marri, Commander-in-Chief of the Dubai Police, honoured the four officers 1st sergeant, Ali Mohammad Ali Al Jazai; police officer, Mohammad Zaid Nasr; police officer, Abdul Latif Hamid Al Nadabi and Abdul Wahid Abdul Samad, for helping Jamal bin Suleiman Al Kamshaki, and his family.
Al Kamshaki is planning on returning to Dubai next weekend to see the police officers in order to thank them again. 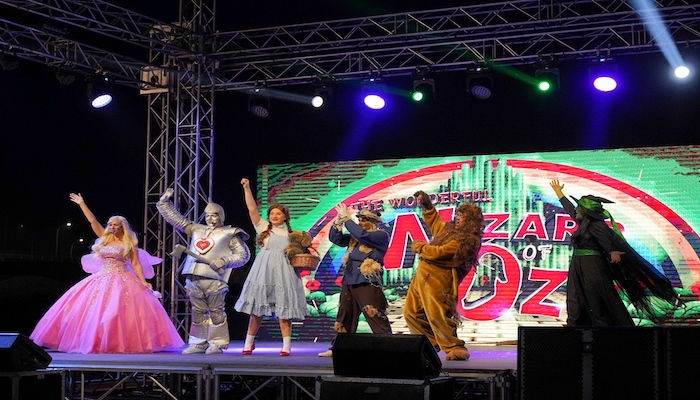