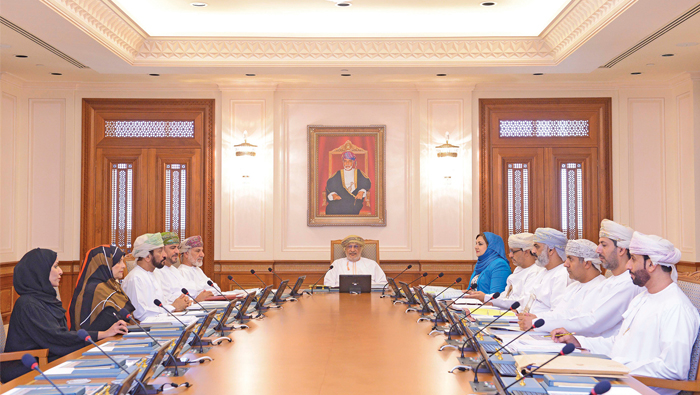 Muscat: The Bureau of the State Council held on Wednesday, its twelfth meeting of the fourth annual session of the sixth term of the Council, chaired by Dr. Yahya bin Mahfoudh Al Mantheri, Chairman of the State Council, in the presence of the Bureau members and the Secretary General of the Council.
At the outset of the meeting, the State Council Chairman appreciated the efforts exerted the Bureau members, the Council members, the Committees and the General Secretariat and other divisions of the Council, to facilitate efficient and timely accomplishment of the tasks entrusted to them.
The Bureau reviewed and discussed the proposals of the Economic Committee, titled “Framework and determinants of the Public Debt Law, the Social Committee’s “Reality of services provided by sports clubs and ways of benefiting from them to serve the community” and the Special Committee’s on “Promulgation of a law to regulate the uses of biotechnology and its products and the protection of genetic data in the sultanate” and decided to present them at the upcoming Regular Sessions of the Council
in July.
It also discussed the proposed amendments to the regulation on the regulation of State Council employees.
The meeting evaluated the 13/14/15th Regular sessions held on June 26, July 1& July 2.
Follow-up reports
The Bureau reviewed the follow-up reports on the implementation of the resolutions approved at the 11th meeting of the Bureau committee activities between the last and the previous Bureau meeting.
It also assessed the Follow-up report of the activities of the committees during the period between the meeting of the previous Bureau and the present meeting.
Prior to conclusion, the Bureau determined the agenda items for the sixteenth and seventeenth Regular session, to be held on 9 and 10 July 2019.