Morgan-powered England too good for Afghanistan 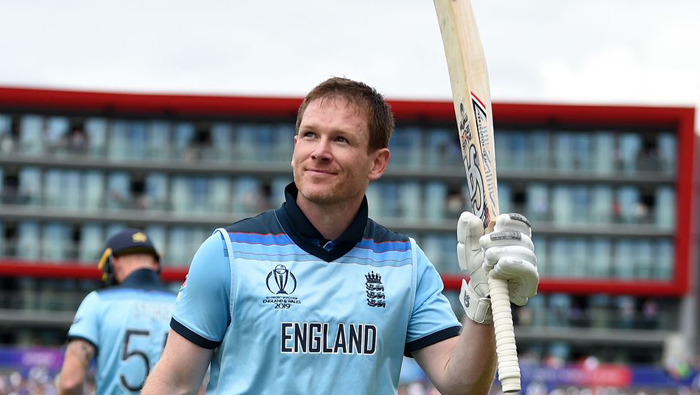 Manchester: It was routine for England. The ICC Men’s Cricket World Cup 2019 hosts eased to a 150-run win against Afghanistan on Tuesday, 18 June, a result that was rarely threatened, if at all.

That, however, shouldn’t be taken to mean it was an eventless match – there was plenty of history made, with Eoin Morgan hammering a 71-ball 148, comprising an ODI record 17 sixes.

England posted 397/6 – the highest total in this World Cup so far – and, given Afghanistan seemed more concerned about ensuring they didn’t collapse again, having been shot out for 125 against South Africa in their last outing, England struggled to bowl them out. By the end of the 100th over, 14 wickets had fallen, yielding 644 runs, including 33 sixes – the third-highest in an ODI.

The result put England on top of the table on net run-rate, with eight points in five matches.

Opting to bat, England started slowly – the 46/1 they posted in the first Powerplay was their lowest return in the first ten overs this tournament. But Jonny Bairstow and Joe Root went on to score 90 and 88 respectively, with the latter adding 189 with Morgan, who went berserk, to set up the total.

Root and Morgan fell late in the day, but Moeen Ali’s 9-ball 31* took them within three runs of the 400-mark. It was all more than sufficient against an Afghanistan side that had its own objectives to meet from the match. With Hazratullah Zazai being dropped, Gulbadin Naib, the captain, promoted himself to open – he did well enough, scoring an entertaining 28-ball 37.

There were contributions from Rahmat Shah (46) and Asghar Afghan (44) as well, with the latter putting on a 94-run stand with Hashmatullah Shahidi – Afghanistan’s highest partnership in World Cups. Shahidi, in fact, accelerated as the day progressed to end with a 100-ball 76, including two sixes and five fours.

But in the end, it all only served to add gloss to the Afghanistan total, with the hosts proving too good for the side propping up the table after five losses in five.